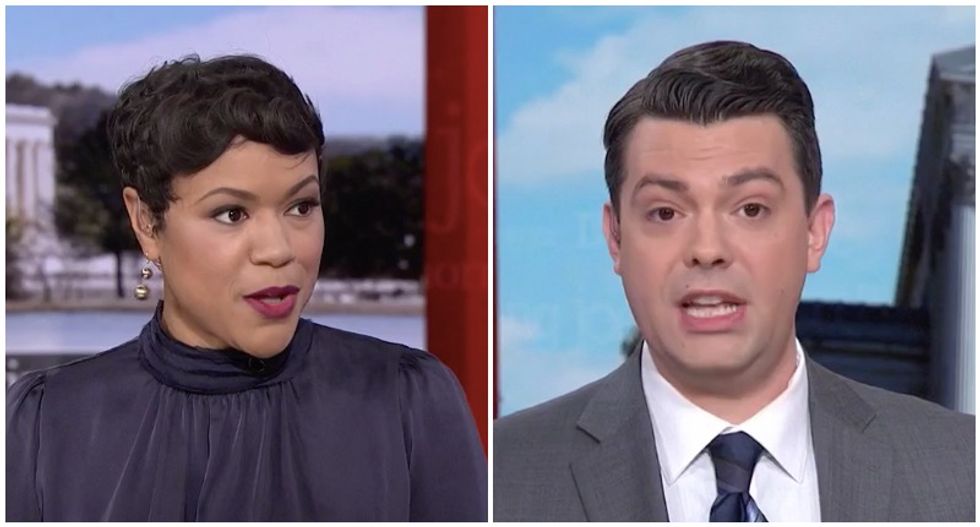 The conservative Rothman appeared again Thursday to continue a conversation on race prompted by his new book, Unjust: Social Justice and the Unmaking of America, and he argued that affirmative action had created a new type of discrimination.

"You mentioned affirmative action, and that's important because, philosophically, in this book, an action to positively discriminate, to rise up, sort of had a collateral damage effect of negatively discriminating," Rothman said. "That was an accident."

He argued that unintended consequence had now become the defining feature of affirmative action.

"Negative discrimination has now become the point," he added.

"Classes, whole tribes of individuals need to have a comeuppance, a due, sort of, reckoning, with their historical privileges that they know or may not know that they benefit from," Rothman said. "Likewise, to examine those who have been victimized by historical forces that they may either be aware of or not aware of. That is negative discrimination."

Host Joe Scarborough asked whether he meant white men had been victimized by so-called negative discrimination, and Rothman threw up a smokescreen.

"It's a philosophy that views not individuals as individuals," Rothman said, "but as people who inhabit tribes who inhabit a matrix of persecution in which they might not even be aware of it, but this is a very powerful philosophy taught mostly on campuses, embraced by things like the women's movement, exemplified by things like intersectionality, which demonstrate, for individuals who may not be aware, that they have varying degrees of prejudice that they either suffer from or benefit from, and that is a sort of philosophy that I think is toxic because it makes you think of yourself and the people around you as not master of your own destiny."

That's when Cross jumped in to point out the flaws in Rothman's argument.

"Many people are not master of their own destiny," Cross said. "I think it's an accurate philosophy. With respect, I think your outlook on this is a bit myopic and based solely on your experience, and doesn't extend the intellectual debate with people who haven't had your history."

She agreed that many white people lived in poverty, but Cross argued their experience was still different from poor people of color -- and she said Rothman ignored those realities.

"You call that victimization, but I call that reality for a lot of people," she added.