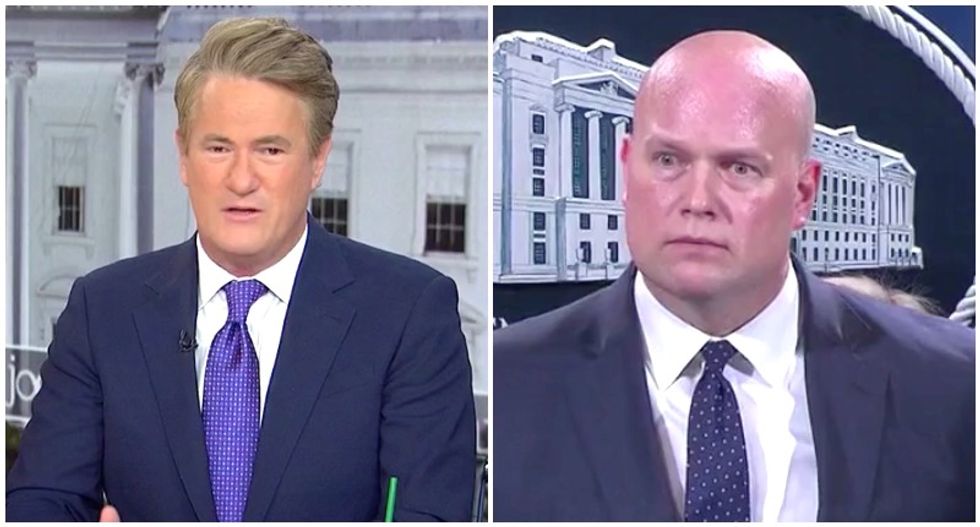 A visibly sweaty Whitaker surprised reporters Monday with a halting assurance that Mueller would soon conclude his investigation of President Donald Trump -- who the "Morning Joe" host said must have pressured his attorney general to make the statement.

Scarborough said Whitaker reminded him of Albert Brooks in "Broadcast News," or himself in the early days of his TV career.

"Once you know you're sweating on TV and you tell yourself stop sweating, guess what, it's just like one of those showers at Comiskey Park," Scarborough said.

He said the president and his advisers have repeatedly insisted Mueller was close to wrapping up the Russia investigation, but it's continuing to roll along and hand up new indictments.

"We have been hearing from one yokel after another, and we even heard from (former Trump attorney) Ty Cobb back, I think, in 1873 that the Mueller investigation was going to be done, and they keep saying it's going to be over," Scarborough said. "This has all the classic markings of a frantic call from Donald Trump -- an order, a scream."

"I keep hearing Mueller's over in February, they just busted Roger Stone," he added. "I remember right before they get (Paul) Manafort, they say it's going to be over in a couple weeks. No, you're see to see what you go from Manafort first. They got Roger Stone, who says, 'I'm not going to talk,' to now, we'll see, spring is in the air."