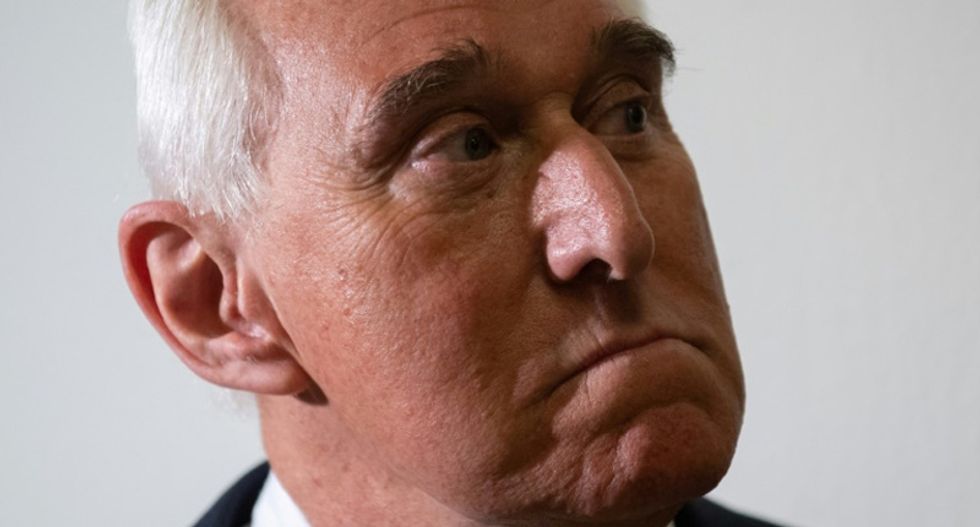 The special counsel's office filed court documents that give hints about the evidence seized by investigators against Roger Stone.

Stone, a veteran Republican political operative and longtime associate of President Donald Trump, was arrested last week in Florida on obstruction of justice and other charges related to the Russia probe.

The indictment showed Stone had been in contact with WikiLeaks about the release of stolen data intended to damage Hillary Clinton, and that he kept senior Trump campaign officials notified of those efforts.

Mueller's team filed a new court document Thursday that shows evidence that will be turned over to the defense team as part of discovery is "both voluminous and complex," and "is composed of multiple hard drives containing several terabytes of information.”

That evidence includes bank records and communications found on iCloud and email accounts, along with other electronic devices.

JUST IN: According to Mueller and DC USA, discovery in the Roger Stone case is "both voluminous and complex," and "… https://t.co/4N6cIhQKO4
— Natasha Bertrand (@Natasha Bertrand)1548953919.0