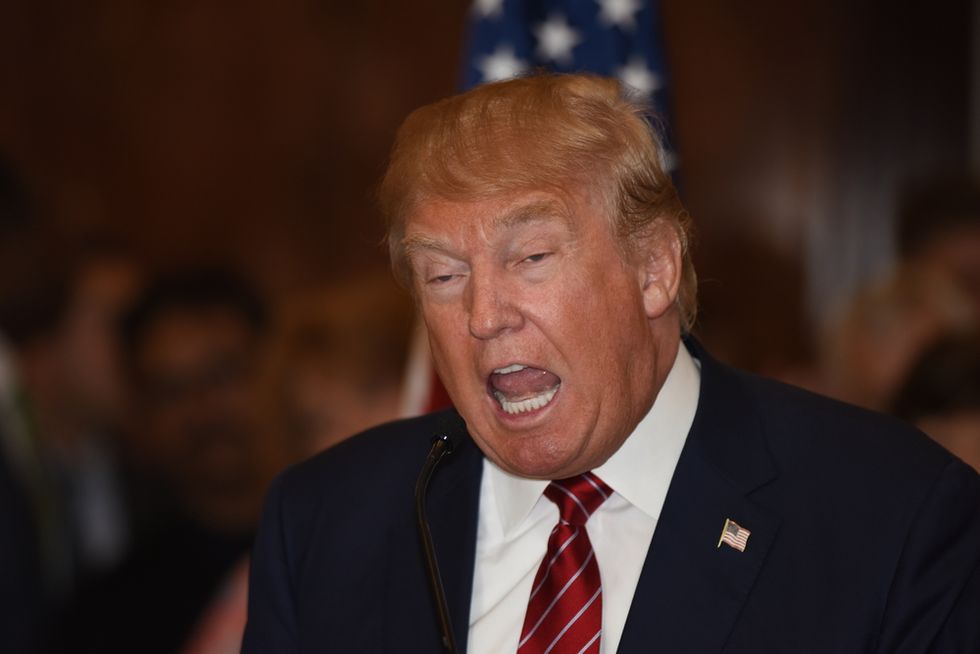 As Donald Trump manically tweeted attacks on the FBI, the New York Times, the "Amazon Washington Post" and continuing reports of "chaos' in the White House on Saturday morning, a professor at the Naval War College said the president is increasing sounding like a banana republic dictator under siege in his presidential palace.

With Trump cranking out multiple tweetstorms attacking the press and federal law enforcement, following a bombshell report in the New York Times that the FBI opened a secret investigation looking into whether he is a Kremlin agent, military expert Tom Nichols sat back and marveled at the meltdown.

Responding to Trump tweeting, "Lyin’ James Comey, Andrew McCabe, Peter S and his lover, agent Lisa Page, & more, all disgraced and/or fired and caught in the act. These are just some of the losers that tried to do a number on your President. Part of the Witch Hunt. Remember the “insurance policy?” This is it!" Nichols said it had a certain ring to it.

"This is the kind of speech you give in Spanish in the early 1950s into a tinny microphone with the crackle and static of a fading kerosene generator and the sound of shouting and gunfire in the background approaching the presidential palace," he tweeted.