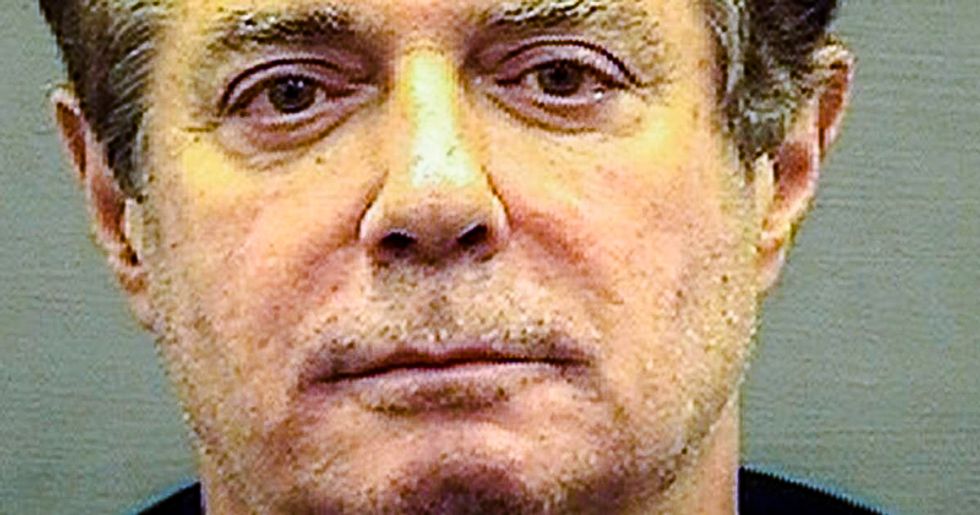 Legally, things are looking incredibly bleak for President Donald Trump’s former campaign manager Paul Manafort. On January 8, CNN and others reported that, according to special counsel Robert Mueller’s office, Manafort shared polling data with Russian operative Konstantin Kilimnik when they met in 2016. This is on top of all the federal tax evasion and bank fraud charges Manafort was convicted on August 22, 2018. Yet despite his legal peril, Manafort’s family received a $1 million loan during the Summer of 2017—and Bloomberg News has reported that the loan came a few weeks after his home had been raided by the FBI.

In a January 9 post on Twitter, journalist Jeff Grocott (known for his Bloomberg articles) wrote, “This is wacky. Paul Manafort’s family got a $1 million loan in his moment of legal peril—just after FBI raided his home in summer 2017. So who loaned the money?”

Grocott has posted an entire Twitter thread about the loan, stressing that the identity of the lender remains a mystery.

The lender, Grocott explains, called itself Woodlawn LLC. It’s unclear exactly who Woodlawn LLC is, although the lender is connected to Hollywood producer Joey Rappa—whose name appears on a November 2018 filing that was made when Mueller moved to seize Manafort’s properties. In the filing, Rappa (who was a production associate on the 1996 film “The Nutty Professor”) is described as a “managing member” of the Nevada-based company that made the $1 million loan and is making a claim on the Manhattan condominium that Manafort’s family offered as collateral.

Bloomberg has reported that according to Rapp’s lawyer, he had nothing to do with making the loan. However, Rapp is, through his film work, linked to Andrew Intrater—an American financier and cousin of Ukraine-born oligarch Viktor Vekselberg, who Mueller’s team questioned in 2018 about his connection to Trump’s former personal attorney, Michael Cohen. Intrater, Bloomberg reports, has been working on a film with Rapp.

According to California-based attorney Keith Berglund—who represents Woodland, LLC—Intrater had nothing to do with the loan either. Berglund told Bloomberg that Rappa agreed to be the public face of the loan because of the lender’s desire for secrecy.

On Twitter, Grocott posted, “But who’s behind Woodlawn? For four months, its ‘managing member,’ for legal purposes, was a guy named Joey Rappa. He’s worked in Hollywood and has had legal troubles over debt. Doesn’t look like his money.”

Grocott also noted, “The money behind the Manafort loan isn’t Intrater’s, the lawyers say. Rappa’s appearance on the court docs, according to Woodlawn’s lawyer, is the result of ‘some extremely unfortunate and unforeseeable coincidences.’….. Now, Rappa’s name is back off the court documents. Whose money went to Manafort remains a mystery.