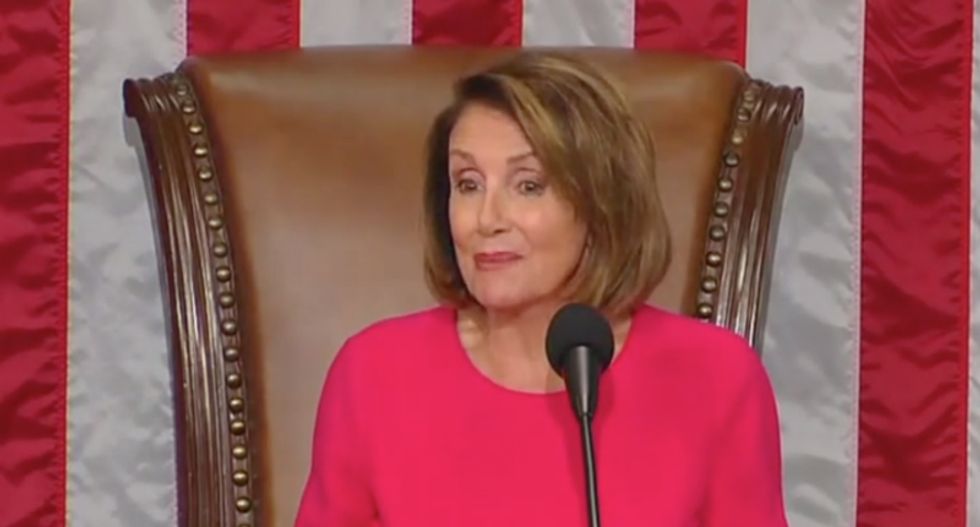 House Speaker Nancy Pelosi's office responded to Donald Trump's cancellation of her overseas trip -- and explained what she was going to do on the previously-classified visit to a war zone.

Pelosi's chief of staff Drew Hammill tweeted that on the Brussels arm of the trip, which was required for pilot rest, the California Democrat and her delegation were going to "meet with top NATO commanders, U.S. military leaders and key allies–to affirm the United States’ ironclad commitment to the NATO alliance."

He added that Pelosi was not planned to stop in Egypt -- suggesting that the White House's statement about the trip was incorrect.

Along with expressing "appreciation and thanks" to military service members, the trip was also intended "to obtain critical national security and intelligence briefings from those on the front lines," Hammill tweeted.

He added that Trump traveled to Iraq during his shutdown -- and so did a congressional delegation led by Rep. Lee Zeldin (R-NY).