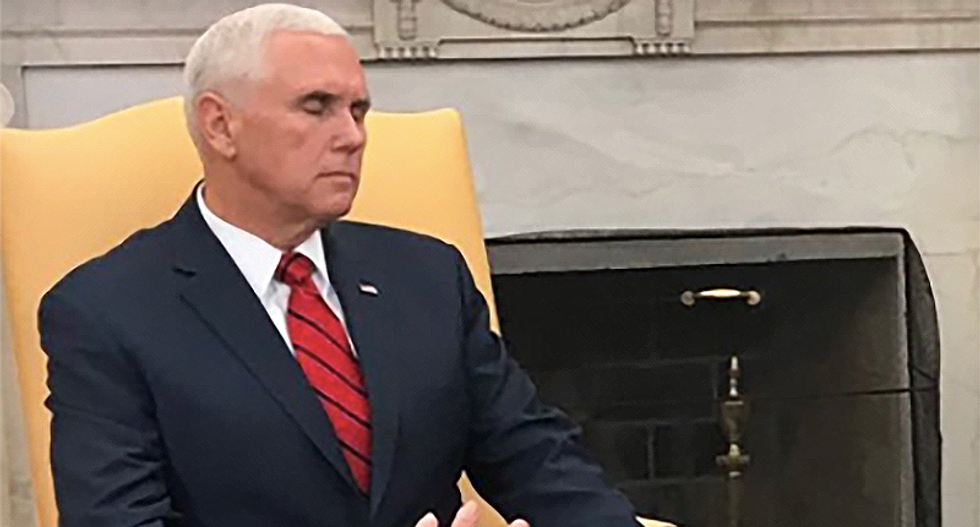 Vice President Mike Pence has been tasked with negotiating an end to the government shutdown, but both he and President Donald Trump seem to understand a bipartisan agreement to fund a border wall appears unlikely.

Pence took part in a round of TV interviews ahead of Trump's planned Tuesday night address from the Oval Office, but he also convened meetings over the weekend with congressional staffers that neither he or the president seemed optimistic about, reported The Atlantic.

Trump undercuts any efforts Pence might make trying to hammer out an agreement, according to one veteran GOP House aide, because the president might spontaneously alter the terms later.

“It ends up being accurate maybe 50 percent of the time,” that GOP aide said.

“I don’t know that he has any authority whatsoever,” said one House Democratic leadership aide. “It’s perplexing.”

Instead, Pence's role in the administration seems to be more servile.

One congressional Republican staffer shared a recollection with The Atlantic about a policy meeting with Trump and a mostly silent Pence -- who finally spoke up to grab the attention of another staffer.

“The president,” Pence said, “would like a Diet Coke.”