President Trump will not answer any more questions from Mueller: Rudy Giuliani 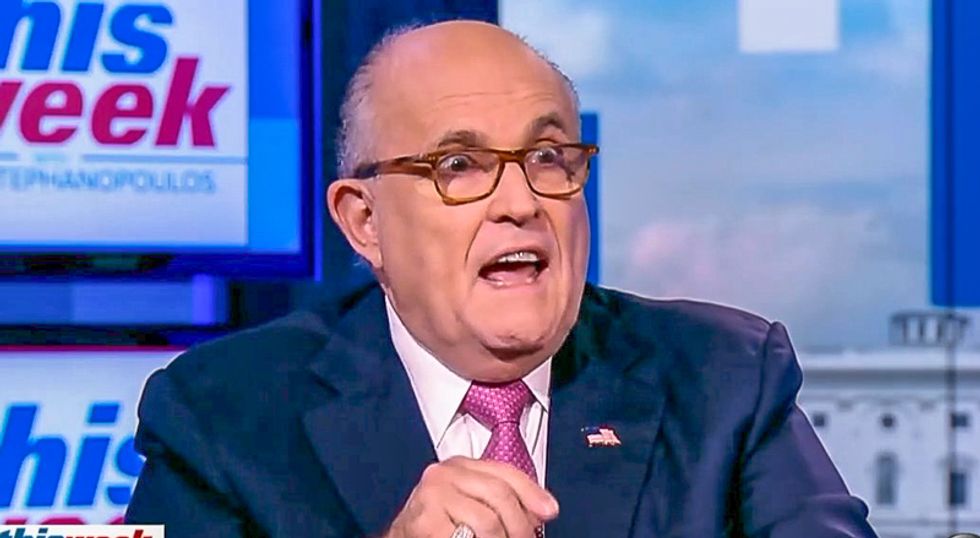 Donald Trump’s legal team told special counsel Robert Mueller that the U.S. president will not answer any more questions in the probe of Russia’s meddling in the 2016 election, Trump lawyer Rudy Giuliani said on Wednesday.

Trump submitted written answers to questions from Mueller in late November. In an interview with Reuters, Giuliani said Mueller raised the possibility of follow-up questions but that the president’s outside legal team told the special counsel before Christmas that Trump would not respond.

Trump’s lawyers and Mueller’s team have had no contact since then, Giuliani said.

“As far as we’re concerned, everything is over,” Giuliani told Reuters. “We weren’t convinced they had any questions they don’t know the answer to.”

Giuliani said the ball was now in the special counsel’s court. “They could try to subpoena him if they want,” he said. “But they know we could fight that like hell.”

Peter Carr, a spokesman for Mueller, declined to comment.

U.S. intelligence agencies have concluded that Russia interfered in the 2016 presidential election to try to tip it toward Trump by undermining Democratic candidate Hillary Clinton.

Trump has denied any collusion with Moscow and Russia has said it did not meddle in the election.

It is not clear when the special counsel will wrap up his probe. Mueller has been investigating Russian interference in the election and possible collusion with the Trump campaign since he was appointed in May 2017. The term of the Washington, D.C., grand jury Mueller is using was recently extended.

Trump answered questions about Russia-related topics before the election, Giuliani told Reuters in November. The president would not answer questions on whether he tried to obstruct the investigation once he won office, such as by firing former FBI Director James Comey.

In his latest interview, the president’s lawyer said it was time for the special counsel to issue his report. “Put up or shut up,” Giuliani said. “We challenge you to do it.”

Mueller is expected to send a confidential report on his findings to the Justice Department at the conclusion of his work. The report could ultimately be made public.

Since at least last summer, Trump’s legal team has been drafting a report to rebut Mueller’s. Giuliani said there are sections on collusion and obstruction. He also said the team was prepared to respond to questions related to paying off an adult film star and a former Playboy playmate to keep quiet before the 2016 election.

Former Trump lawyer Michael Cohen was sentenced last month to three years in prison for crimes including orchestrating the payments in violation of campaign finance laws. When he pleaded guilty, Cohen said he was directed by Trump.

“We have a memo from a number of campaign finance experts that paying what they call hush money, since it has a personal purpose, is not considered a campaign contribution,” Giuliani said. “Therefore it’s not a violation of the campaign finance law.”

Rosenstein, who is preparing to leave his job soon after attorney general nominee William Barr takes office, has overseen the Mueller probe since former Attorney General Jeff Sessions recused himself in 2017.