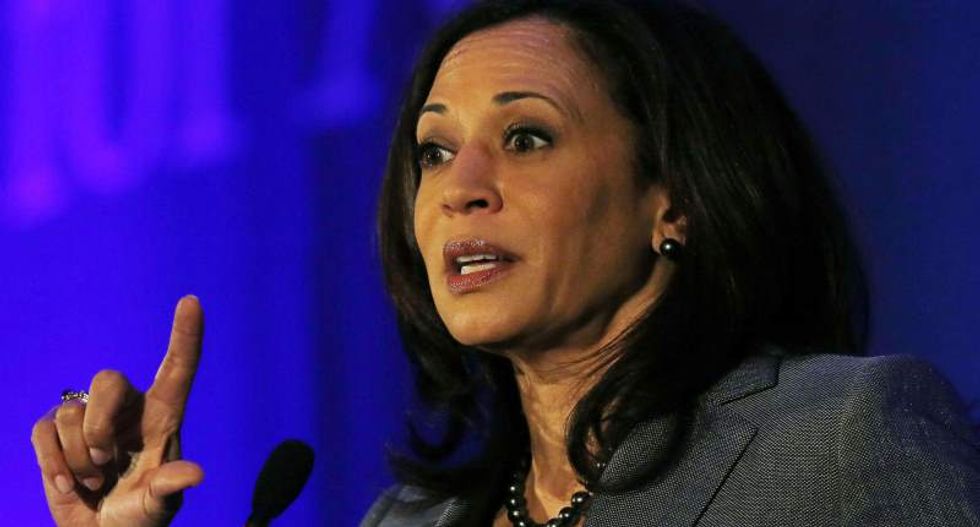 On Monday, CNN's Jake Tapper interviewed presidential candidate Sen. Kamala Harris (D-CA) during a town hall. Harris spoke about her prosecutor background and her stance on health care and other major issues.

She also revealed how she plans to conduct herself if given the opportunity to debate President Donald Trump.

"I want to bring in Deb Hansen, a retired dental hygienist from Johnson, Iowa. She's active in the Democratic Party," Tapper said.

"If you would have to debate the current president, how does that conversation go without becoming reactive? How do you stay on your message and not get caught up in his crazy?" Hansen asked.

"First, it's very important that anyone who presents themselves as a leader and wants to be a leader will speak like a leader," Harris answered. "That means speaking with integrity. It means speaking the truth."

"And speaking in a way that expresses and indicates some level of interest and concern in people other than oneself. And so right there we will see a great contrast. And it is about also having some concern for the future of our country," she said.

"And speak to that as opposed to speak to the lowest common denominators and base instincts and speak in a way that is [not] about inciting fear as a distraction from the fact you're getting nothing done except helping the richest people and the biggest corporations," she said.