'Roger Stone is going to flip like a pancake': MSNBC analyst predicts president's ally might turn on Trump family 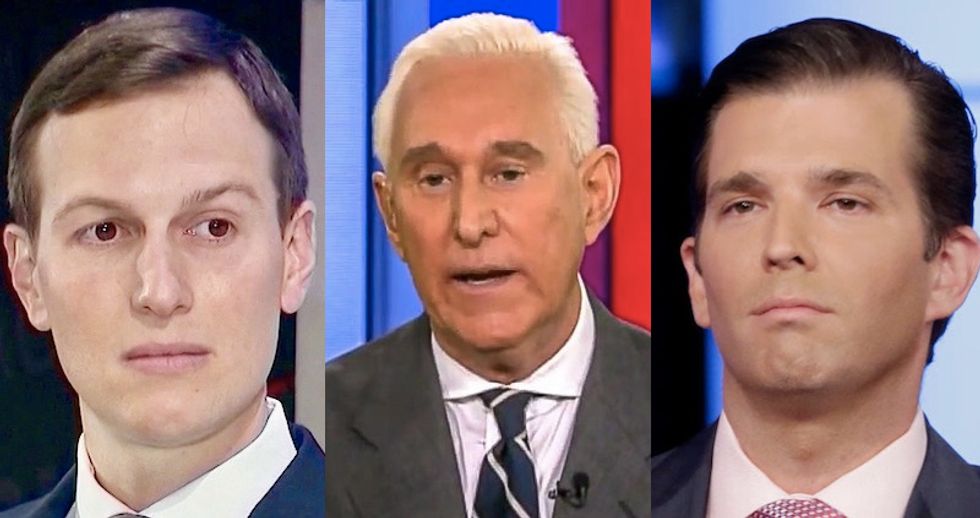 Roger Stone has spent the last several days since his indictment, making the rounds on the talk shows proclaiming his innocence. His statements are a stark contrast from the tweets bragging about his knowledge about Wikileaks.

According to "Above the Law" editor Elie Mystal, Roger Stone "is going to jail."

He cited former Gov. Chris Christie (R-NJ), who said Sunday that Stone is likely to start having some traffic problems.

"He’s going down," Mystal continued. "The question really is, who is he going to take down with him look at his statements, he consistently says I’m not testifying against the president. Not going to testify against Donald Trump he doesn't say anything about Donald Trump’s kids. Don Jr., Jared, these are the people that he might have more information about, and I still believe that Don Jr. and Jared [Kushner] are still a big part of the focus of the Mueller investigation."

Stone swore he wouldn't rat on the president, but Mystal wondered if it meant Stone wouldn't sing when it came to Kushner and the president's children.

"He’s 66 years old," Butler went on. "He’s looking at maybe 20 years in prison. He’s got to make a deal. Robert Mueller always gets his man. Everybody he’s prosecuted has either been convicted by a jury of his peers, in the case of Paul Manafort or pled guilty, in the case of everybody else. We can expect at some point Roger Stone is likely to flip like a pancake, and then it will be who else he could offer up as Elie says, the probable targets of the president of the United States, the president’s son-in-law, Jared Kushner, or the president’s son Don Jr."