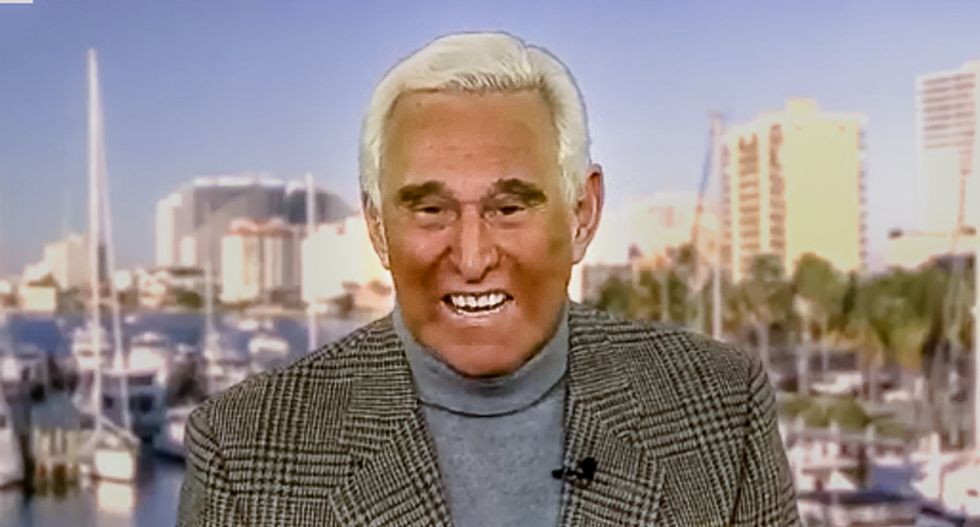 Trump ally Roger Stone vowed over the weekend not to use his Fifth Amendment protections in the upcoming the trial against him for allegedly lying to Congress and witness tampering.

In an interview with Fox Nation host Judge Andrew Napolitano, Stone insisted that he would not lie about his relationship with President Donald Trump because he had done nothing wrong.

Stone took issue with reports that he said that he may be open to cooperation with special counsel Robert Mueller.

"If cooperating means I won't plead the Fifth Amendment," he continued, "I will answer questions. I am happy to answer questions. I don't know what else he may be investigating. I mean, if Steve Bannon did something wrong and I know anything about it, I would be more than happy to say so."

Stone said that he would be willing to talk to Mueller's investigators about his communications with Trump because "there's nothing illegal or inappropriate or wrong with those communications."

The Trump confidante also suggested that Jerome Corsi's testimony against him could not be trusted because the man is an "alcoholic."

"He said a memo he wrote me regarding the Podestas dealings in Russia was meant as a cover-up," Stone explained. "That is false. There is no evidence that corroborates that other than the alcoholic haze of his memory."

Watch the video below from Fox Nation.