Rudy Giuliani blabbed about secret Trump 'tapes' -- here's what he may have been talking about: legal expert 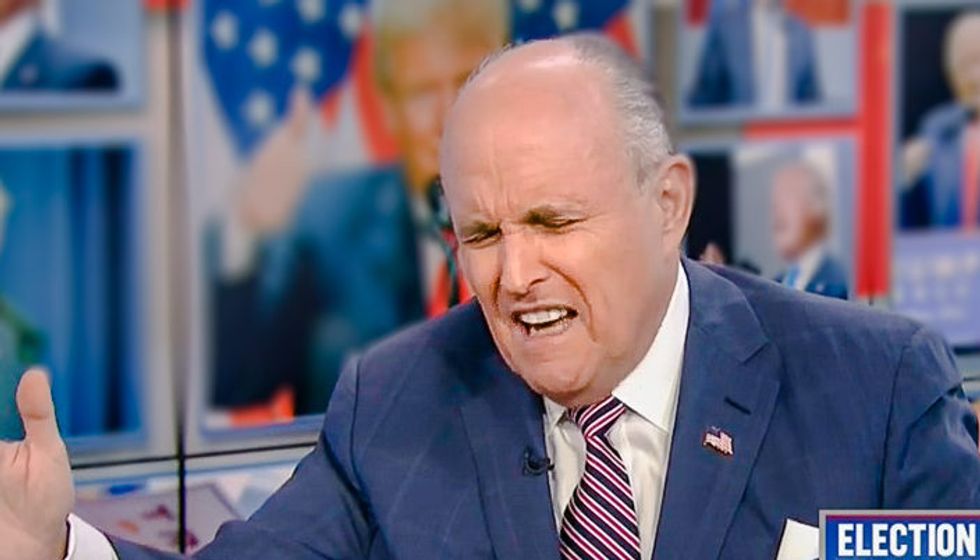 Trump attorney Rudy Giuliani blundered yet again during a New Yorker interview in which he suggested that he had listened to secret recordings related to special counsel Robert Mueller's investigation of whether President Donald Trump conspired with Russia to interfere in the 2016 presidential election.

When asked by the New Yorker what tapes he was referring to, Giuliani quickly backtracked and said, "I shouldn’t have said tapes."

National security and intelligence journalist Marcy Wheeler speculates that Giuliani's admission of listening to recordings wasn't a misstatement, but was rather a reference to recordings that the FBI seized during the raid of former Trump "fixer" Michael Cohen's office last year.

Wheeler goes on to speculate that Giuliani's review of those Cohen recordings was what gave him confidence to call Mueller's office and to ask him to disavow a BuzzFeed report that claimed the special counsel had corroborating evidence showing Trump had told Cohen to lie under oath.

"That’s the basis on which the White House contacted Mueller’s office Friday: Having reviewed everything seized from Cohen’s raid, including any tapes Cohen made of conversations with Trump, they believed they could assert to Mueller’s office that the Buzzfeed story was not true," Wheeler writes.