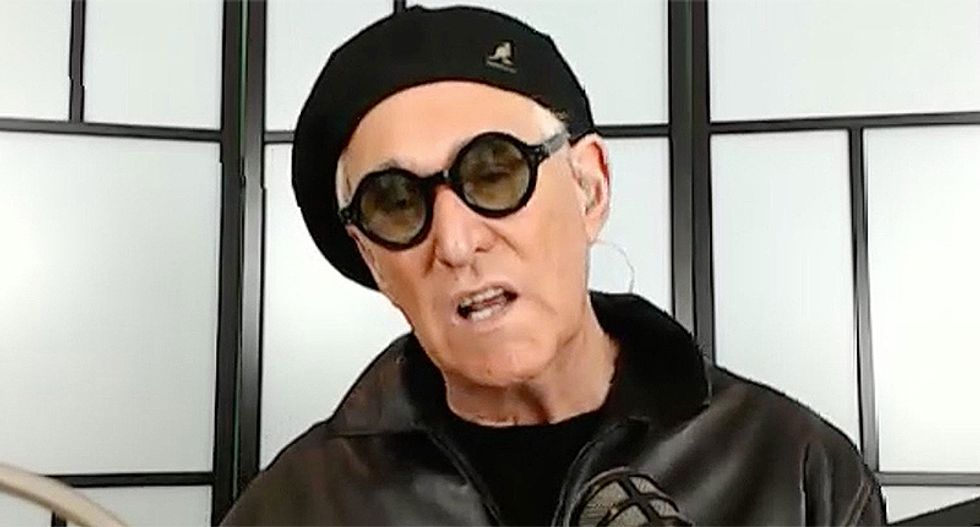 Former federal prosecutor and MSNBC legal analyst Cynthia Alksne had it up to here with President Donald Trump's dissembling lawyer Rudy Giuliani, saying Friday his defense of indicted Trump associate Roger Stone amounted to "an assault on our democratic process."

Stone "brought a lot on himself," said Alksne, who was dumbfounded that Stone lied so blatantly about his contacts with WikiLeaks despite knowing "full well you had all these conversations."

"It's obvious he had contact and that he was lying that whole time," she said. "To the extent that Giuliani thinks it's no big deal, this is just a false statements case? That is a big deal."

Alksne said the indictment proved that the Trump campaign had lied to the American people and to the Congress, and slammed Giuliani's reaction.

"To minimize that and to say that's not important is such an assault on our democratic process," Alksne said, clearly angry. "I'm just depressed that Giuliani, who used to be a real prosecutor, thinks it's not important or not a big deal that public officials can lie to the American people willy-nilly and that there should not be any problem with it."

Alksne went on to say "the key" to the indictment was the paragraph describing how a "senior campaign official", believed to be Steve Bannon, "was directed to contact Stone," and that whoever that individual is "has been lying about it."

"We need to know who that is, because it's not acceptable for members of presidential campaigns to lie to the American people and then continue to lie about it and then minimize it as it's no big deal," Alksne said. "It's an assault on our democracy, it's ripping the fabric of our country together."