Secret Trump/Russia investigation defended by ex-FBI agent now serving as a GOP House member: 'These are not opened on a whim' 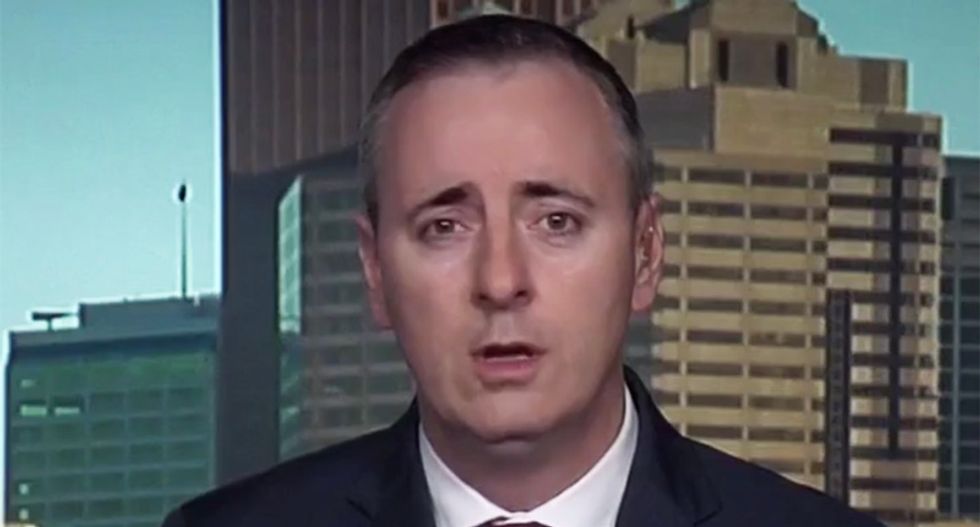 Appearing on CNN's New Day, a former FBI agent now serving as a Republican member of the House defended the decision of the FBI to open an investigation into Donald Trump after he fired former Director James Comey.

Speaking with CNN host Victor Blackwell, Rep. Brian Fitzpatrick (R-PA) had no problem with the report that FBI higher-ups became concerned with Trump's motivations after he abruptly dismissed Comey, saying opening an investigation into the president was not taken lightly.

"Two things you want to look for there," Fitzpatrick explained. "I haven't seen the New York Times story yet. But there are assessments and preliminary inquiries, which have limited scope and full field investigations. That's the first thing. The second thing is, any time an investigation is opened on an elected official, member of the media, member of the clergy, they are put in a sort of a separate category called SINS, sensitive investigations that require the highest level of approval."

"In this case, it would have been, in all likelihood, the deputy director at the time, Andy McCabe and requires coordination with the DOJ and the deputy attorney general, at which point it would have been Rod Rosenstein," he continued. "So it sort of raises more questions."

He later defended the decision to go forward with the investigation saying, "These are not opened on a whim."

Fitzpatrick went on to express his support for special counsel Robert Mueller under whom he worked when they were both serving in the FBI.

"I think one of the reasons all members of Congress should be supporting the Mueller investigation -- he was my former boss at the FBI -- he's going to do a very thorough job, no doubt," he stated.