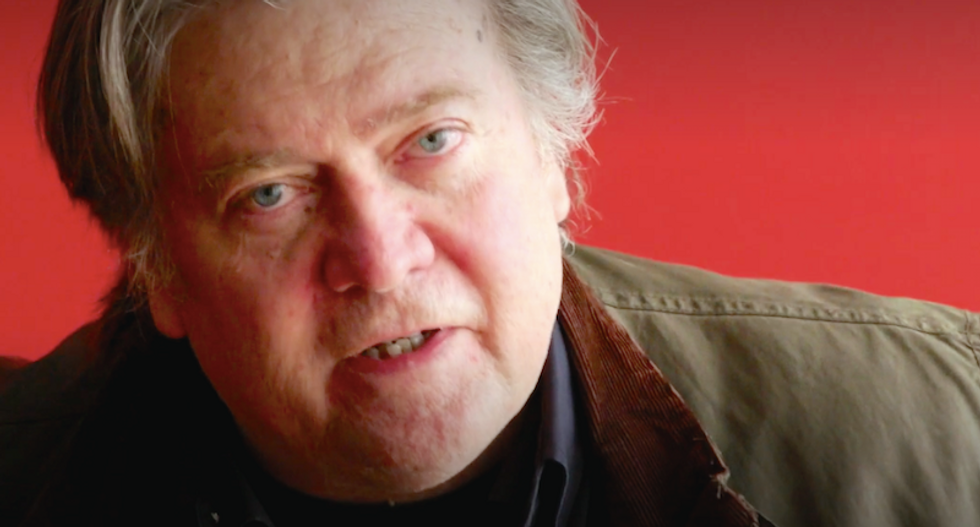 President Donald Trump's former chief strategist says he was miserable working in the White House, according to a new documentary film.

Steve Bannon is the subject of "The Brink," which premiers at the Sundance Film Festival on Wednesday and captures his life as a global advocate for right-wing "populist" movements, reported USA Today.

“There’s no glamour to the job," Bannon says in the film. "I hated every second I was there. The West Wing has bad karma to it. They say, ‘Because you were doing bad stuff!’ But I was doing the Lord’s work.”

Bannon left the Trump administration in August 2017, shortly after he advised the president to blame "both sides" for the deadly white supremacist rally in Charlottesville and after he pushed the so-called "Muslim ban."

The film has received mixed reviews from critics, who have questioned what viewers would gain from the update on Bannon's life, and the former Breitbart chairman and the last chief executive of the Trump campaign refused to badmouth his former boss.

“Donald Trump is a historical figure and a transformative president," he says at one point. "Donald Trump will be in your personal life 30 years from now, whether you like it or not.”

"A child can't be taken from a parent's arms," Bannon says in the film. "That's inhuman."

Bannon was one of the senior Trump campaign officials who reached out to Roger Stone, who was arrested last week by FBI agents, according to reports on the 24-page indictment obtained by special counsel Robert Mueller.

The indictment alleges that Stone communicated with top-ranking Trump campaign officials, including Bannon, about his efforts to release emails stolen by Russian hackers and dumped online by WikiLeaks.