Ted Koppel: Trump will declare the government 'illegitimate' if he's forced from office -- and the media will help him 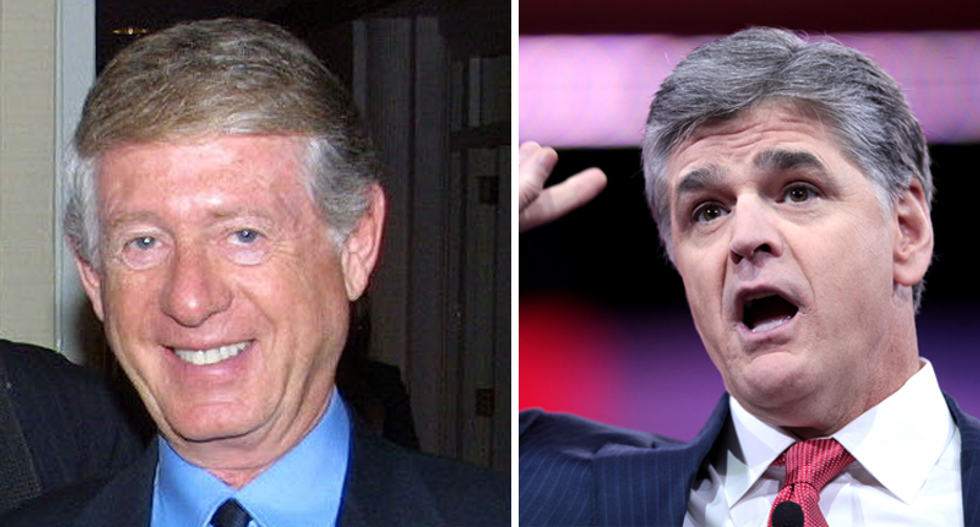 Painting a frightening portrait of what could happen if Donald Trump is forced from office, veteran newsman Ted Koppel suggested that the president would "not go gentle into that good night" (as poet Dylan Thomas wrote) saying the president would drag the country down with the help of a ratings-driven and Twitter-obsesssed media.

Writing for the Washington Post, the former "Nightline" anchor recalled that Trump acknowledged that he played the media in the run-up to grab the 2016 GOP nomination, cheerfully saying "I don’t need you guys anymore,” once he left the Republican pack behind.

Since becoming president, Trump has gone back to his old ways, saying and doing outrageous things for a press that hangs -- and reports-- on his every tweet, and Koppel suggested that a raging deposed Trump will get blanket coverage that might rival his days in power.

"He pointed to his millions of followers on Twitter and Facebook, explaining that the days of television anchors and commentators acting as gatekeepers between newsmakers and the public were essentially over," Koppel wrote. "Without discernible acrimony, Trump trotted out one of the early versions of what would eventually become a leitmotif of his presidency: The media was made up of largely terrible people trafficking in fake news."

"There is a disarming innocence to the assumption that whether by impeachment, indictment or a cleansing electoral redo in 2020, President Trump will be exorcised from the White House and that thereby he and his base will largely revert to irrelevance," Koppel explained. "It imagines that, for some reason, Trump in defeat or disgrace will become a quieter, humbler, more restrained presence on Twitter and Facebook than heretofore. It assumes further that CNN and Fox News and MSNBC, perhaps chastened by the consequences of their addictive coverage of Trump the Candidate and Trump the President, will resist the urge to pay similar attention to Trump the Exile."

No such luck, Koppel claims.

"Let the record show that Trump has launched the careers of numerous media stars and that expressions of indignant outrage on the left and breathless admiration on the right have resulted in large, entirely nonpartisan profits for the industry of journalism" he continued. "It is all but inevitable that whoever succeeds Trump in the White House will be perceived by 30 to 40 percent of the voting public as illegitimate — and that the former president will enthusiastically encourage them in this perception. Whatever his failings, Trump is a brilliant self-promoter and provocateur."

"The dirty little secret about the United States’ relationship with Trump is that we have become addicted to him," Koppel lectured before adding, "Has there been a day in the past two years without a Trump-related story on the front page of every major U.S. newspaper?"

He concluded with a warning.

"Do you believe for a moment that Americans are ready to give that up merely because, for one reason or another, Trump has been obliged to reoccupy Trump Tower full-time?" he charged. "A new president may provide a sense of relief and normalcy. But he or she will not satisfy our craving for outrage. Trump’s detractors are outraged by him. His supporters are outraged with him."

"He is a national Rorschach test. Love him or hate him, you can’t ignore him."