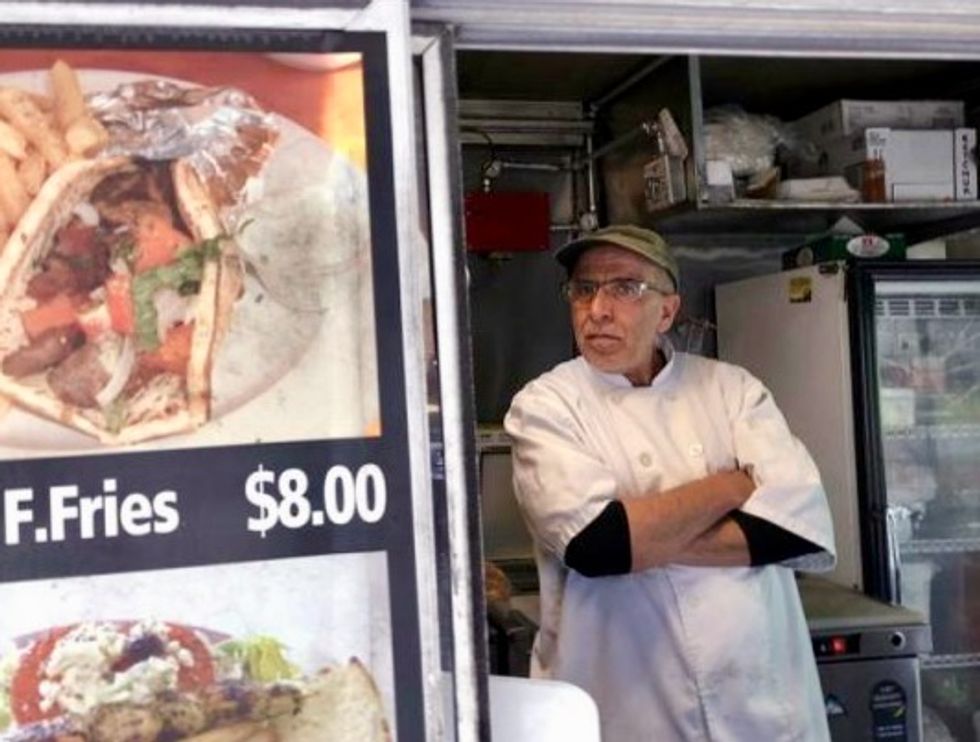 Moustafa Salem, owner of the Habebe food truck, waits to serve food as business from federal workers has dwindled during the partial government shutdown in Washington, U.S., January 4, 2019. REUTERS/Katharine Jackson

Looking out from her food truck over a sidewalk left empty in downtown Washington on Friday by the U.S. government’s partial shutdown, Farida Abou Draa said she felt like crying.

“My business is to make people happy, to give them something to eat, to see their smiles,” said Abou Draa, 38. “There is no people to make happy today.”

Food truck operators are among the many non-government workers suffering as a result of the shutdown.

On a typical day, the block in view of the U.S. Capitol where she parks her truck, the Corn Factory, bustles with federal workers. She had not made a single sale of her Venezuelan and Mexican fare by noon on Friday.

Since the shutdown began two weeks ago, some of the more than 400 food trucks that operate in the city and depend upon a steady stream of hungry federal workers have struggled to keep their windows open. Many of the approximately 800,000 government workers who are either furloughed or working without pay are based in the nation’s capital.

The ongoing shutdown stems from an impasse between congressional Democrats, who control the House of Representatives as of Thursday, and President Donald Trump, who is demanding funding for a wall on the U.S. border with Mexico that he says is needed to stem the flow of illegal immigrants and drugs into the United States.

On Friday, Trump told Democratic leaders he was willing to keep the government closed for “months or even years.”

He stood ready with his employees on Friday to serve meals at what normally would be peak lunchtime, but there was no line waiting for his Greek and Middle Eastern food.

Nearby, Abou Draa said she had lost about $5,000 during what are already lean times in winter months, a difficult situation for the food truck owner with a 3-year-old daughter and a mortgage to pay.

“We’ll find a way to survive, and once it’s all back to normal we will be smiling again,” she said.