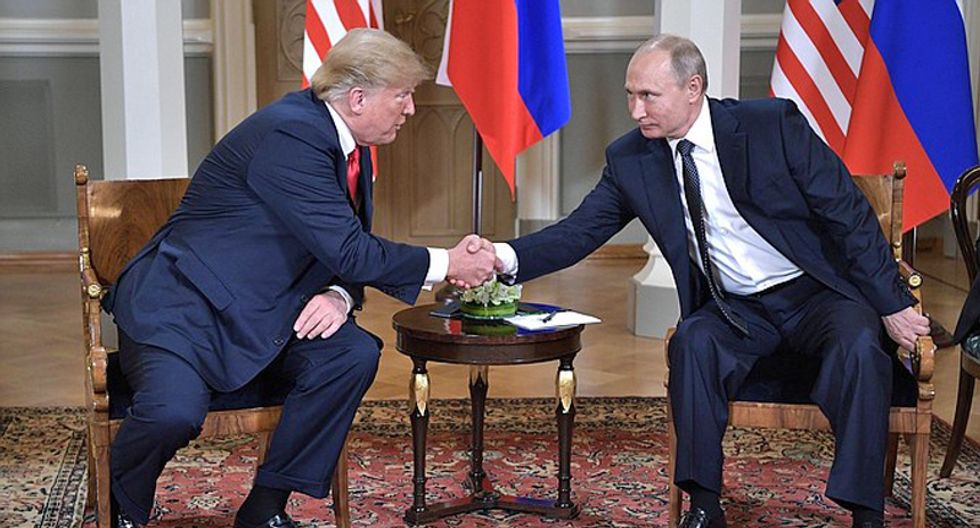 A former White House attorney said Monday on MSNBC that there were no innocent explanations for President Donald Trump ordering the destruction of notes taken during his private meeting with Russia's Vladimir Putin.

Two stories broke over the weekend revealing the FBI had launched a counterintelligence investigation of Trump as a possible Russian agent and that he confiscated a translator's notes following his one-on-one meeting with Putin in Helsinki.

"I can't imagine an innocent explanation for this," said Neal Katyal, former acting solicitor general. "Whenever I have a sensitive meeting, either when I was in the government or out, I always wanted a witness."