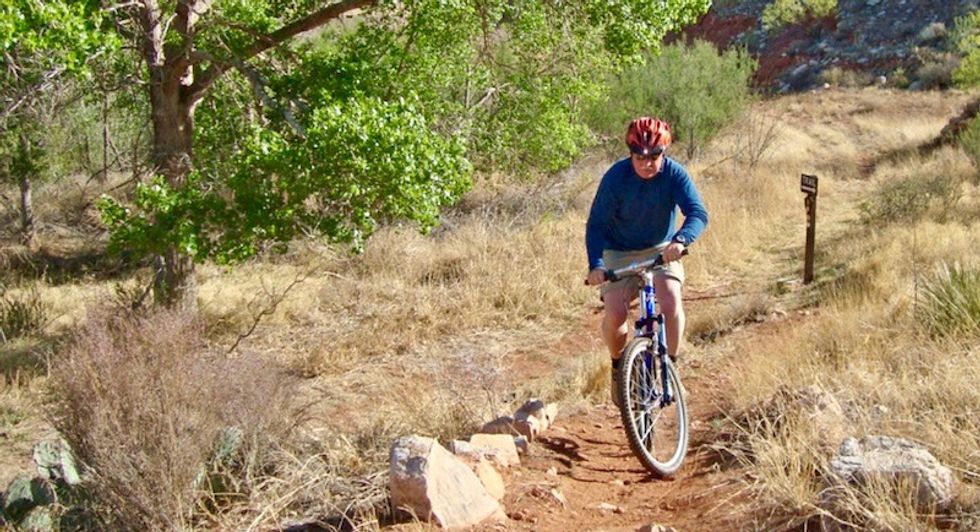 On the campaign trail, President Donald Trump told voters that Mexico would pay for his proposed border wall.

So far, the American travel industry has paid enough to pick up half the tab, according to numbers from an industry group.

The U.S. Travel Association estimates that direct and indirect spending associated with its members has been down about $100 million a day during the shutdown. The Trump shutdown is now 25 days old, meaning there has been an estimated $2.5 billion lost.

That estimate may be overly conservative: it didn't take into account delays in customs or the sick-outs by TSA workers that have hit airports as security workers went unpaid during the shutdown.

Across the country, hotels and restaurants that feed off tourists visiting national parks have been hit hard.

At Joshua Tree, not only did someone destroy trees to apparently go four-wheeling when the park was closed but businesses around the park have been hammered, according to a report in Think Progess.

“I can tell them to call [President Donald] Trump and get their money back,” said the RV park's owner.

A hotelier near the park said she and her employees have also been hit. She has had to cut back her employees' hours and echoed others who estimate that only half as many people are visiting the park as normal during January.

“Our community does rely on that business,” said Heidi Grunt, the owner of Twentynine Palms Inn. “We were pretty good for the first week of January, but since then things have really taken a dive.”

The fallout from the Trump shutdown is not limited to hotel reservation cancellations and lost fuel taxes.

Southwest airline's plans to start service to Hawaii are on hold as the Federal Aviation Administration workers who would certify their planes for extended over-water flights have been furloughed.

The budget carrier had hoped to start selling tickets to Honolulu and for island-hopping by the end of 2018 but now faces a major delay.

Fox News talked to an industry expert who warned that tour operators, hoteliers, restaurants and more can only soldier on for so long before the lost revenue from the shutdown forces tough decisions.

“If this thing goes on past a month and a half or two months, I think you will see some effects and then the severity of those effects could continue as the shutdown goes on," said Zach Burau, founder of the subscription travel service Wanderlift.