If Trump declares a national emergency, could Congress or the courts reverse it? 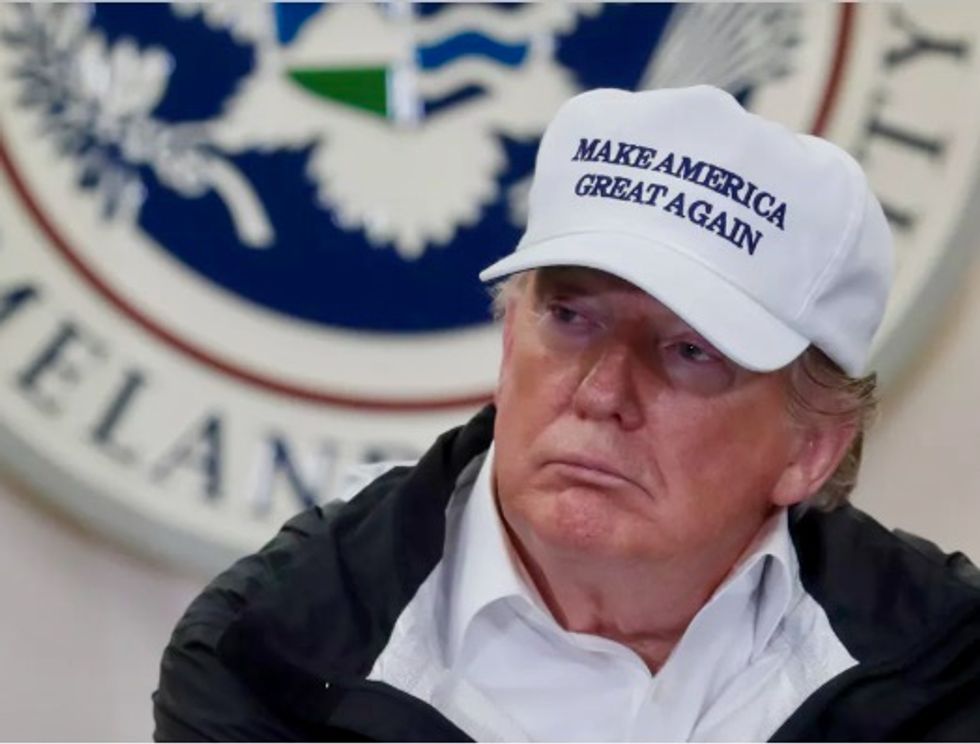 If President Donald Trump declares a national emergency to fund some portion of a wall along the U.S.-Mexico border without congressional authorization, what would happen next?

Would the courts step in? What is Congress’ role?

As I explain in my book “Emergency Presidential Power,” presidents generally claim emergency power two ways: through inherent or implied authority under the U.S. Constitution or under statutory authority granted by Congress.

Relying on the Constitution as a basis for emergency power is controversial, and less likely to stand up to meaningful congressional or judicial review. The U.S. Constitution says nothing specific about presidential emergency power: Presidents can only claim such authority is implied or inherent.

The emergency powers the Constitution does describe are actually assigned to Congress. Congress has delegated some emergency powers to the president through statutes, including the National Emergencies Act. But Congress retains the power to reject a president’s declaration of a national emergency.

If President Trump does declare an emergency, the question is: Will Congress use the power available to it, or will it play the role of passive spectator?

Since presidents lack any specific constitutional emergency power, they often find it necessary to gain congressional authorization. For instance, at the start of the Civil War, with Congress out of session, President Abraham Lincoln suspended habeas corpus and took other unilateral actions. He later sought and gained retroactive approval from Congress for these actions.

This precedent of gaining congressional approval was put to the test nearly 100 years later. In 1952, President Harry Truman claimed emergency power to take control of steel factories during the Korean War in response to a labor strike. He invoked a “very great inherent power to meet great national emergencies.” Congress took no specific action to approve or disapprove, though a pre-existing statute on the books weighed against Truman. 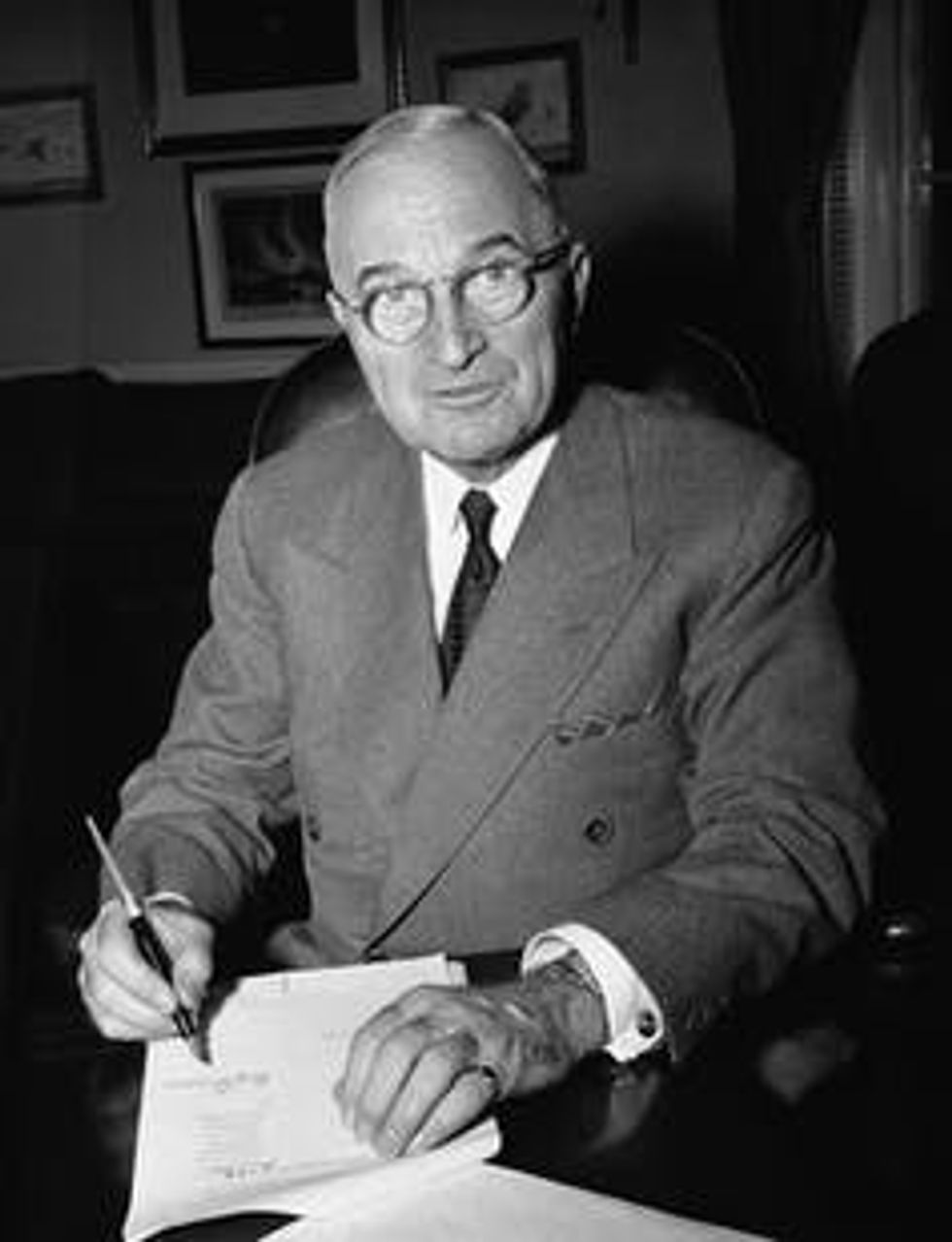 President Harry Truman in his White House office in Washington Dec. 16, 1950 signs a proclamation of a state of national emergency, summoning the nation to marshal its strength against the threat of

When factory owners sued the administration, the Supreme Court, by a 6-3 vote, ruled against Truman in the famous Youngstown Sheet decision. Justice Robert H. Jackson’s concurring opinion in that case has been especially influential and is often cited by legal scholars and judges. He outlined a three-part test to be used as a starting point in determining when presidential action is constitutionally permissible.

Under Jackson’s test, presidents are on the strongest possible footing when acting with congressional approval. In this case, Jackson said, Truman’s position was weak since he was taking action that did not comply with the relevant legislative framework. In Jackson’s view, Truman’s reliance on inherent emergency power under the Constitution would dangerously concentrate power in the president’s hands, something the framers would not have wanted.

Jackson’s opinion in Youngstown suggested that emergency power could be defined by Congress in statutes.

Congress took up that suggestion with the National Emergencies Act of 1976. Though the act was designed to set limits on presidential power to declare national emergencies of indefinite length, it has ended up providing a largely unregulated way for presidents to take unilateral action. Congress has failed to fulfill its responsibilities under the law.

The National Emergencies Act permits the president to declare a national emergency without congressional approval, triggering specific statutory powers that the president can use. For instance, presidents have used this law to impose economic sanctions against terrorists after 9/11 or regulate foreign ships in U.S. waters. Thirty-one emergency declarations are currently in effect under the statute.

Perhaps most importantly for Trump, the National Emergencies Act provides no criteria for deciding whether a national emergency exists. We know from history that presidents can contrive emergencies as a pretext for action.

For example, in 1846 President James Polk falsely claimed that Mexico had spilled American blood on U.S. soil as a pretext for gaining a declaration of war from Congress.

Although both of these examples pre-date the 1976 Act, they serve as cautionary tales about the wisdom of accepting at face value a president’s claim that an emergency exists. However, because the law now in effect provides no specific standards to define the existence of an emergency, courts might be inclined to defer to presidential discretion. If President Trump declares a national emergency at the border, it is far from clear that courts would strike it down.

By contrast, it would be straightforward for Congress to reverse a declaration of national emergency. The National Emergencies Act gives legislators authority to reject a presidential declaration of national emergency through simple legislation that would require majorities in the House and Senate. President Trump would presumably veto such action. Legislators would have the opportunity to override a presidential veto with a two-thirds majority vote. That of course would be no easy task in the current Congress.

Because of the way the National Emergencies Act was drafted, Congress is better positioned to take action than the courts – assuming enough members are moved to act. If Congress does nothing, then the law could become a vehicle for presidential abuse, especially because the act’s language seems to grant the president broad discretion that could insulate an emergency declaration from legal challenge. If the president moves ahead with a controversial plan to declare a national emergency as a way to free up money for construction of a border wall, all eyes should be on Congress.