Trump keeping closest White House advisers in the dark on how he will end the shutdown: 'No one knows what he will do' 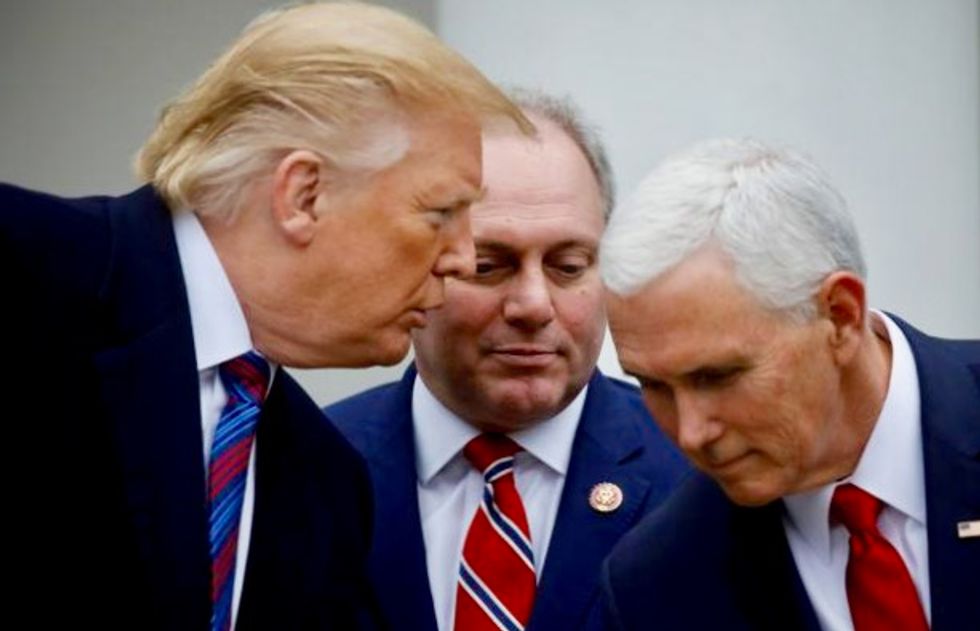 U.S. President Donald Trump confers with Vice President Mike Pence and House Minority Whip Steve Scalise (R-LA) as they faced to reporters in the Rose Garden after the president met with U.S. Congressional leaders about the government shutdown and border security at the White House in Washington, U.S., January 4, 2019. REUTERS/Carlos Barria /File Photo

According to a report in Politico, Donald Trump's closest advisers in the White House are completely in the dark as to how the president will end the shutdown.

Citing four staffers in the White House who wished to remain anonymous, the report claims that no one knows if the president will go through with his threat to declare a national emergency or if he has some alternative plan to get the budget impasse over his wall solved.

“No one knows what he will do, and the president has not decided yet, so it keeps everyone guessing,” explained one Republican close to the White House. “This could go on another week and he could declare an emergency, or this will go on until February.”

Trump reportedly has nothing on his schedule for Sunday that indicates any movement on his battle over funding his wall that has idled over 800,000 federal workers, as he has spent the weekend tweeting at Democrats that he is sitting in the White House alone and waiting.

Politico reports that Trump aide Stephen Miller is pushing hard for the national emergency declaration, but that some White House advisers and lawyers are urging caution.

According to the report, "Trump’s advisers were unsure of the political ramifications of diverting money from disaster relief projects in places like Puerto Rico, one option the administration has explored."