Trump nominee Bill Barr made a revealing ‘tell’ to Kamala Harris about his impartiality: Ex-DOJ official 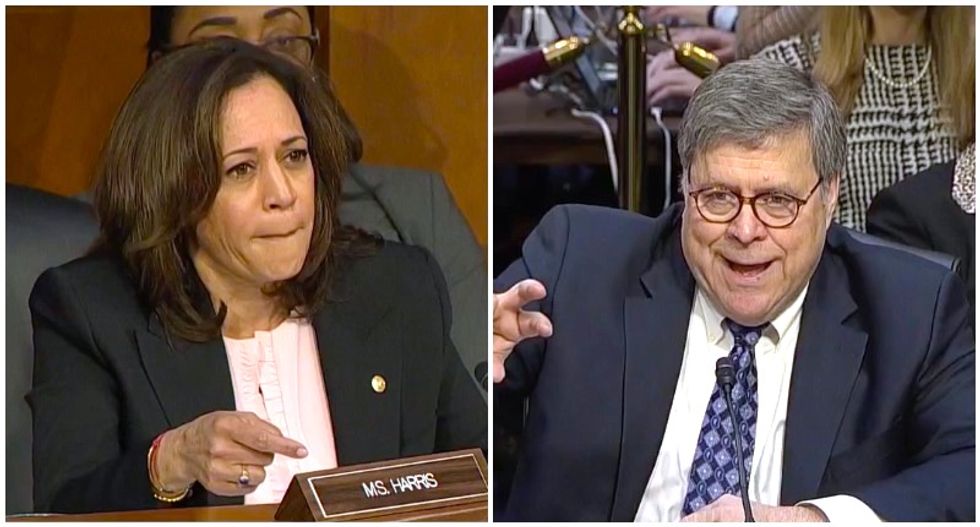 A former spokesman for the Department of Justice said President Donald Trump's nominee for attorney general sent strong signals that he cannot be impartial in overseeing the federal law enforcement agency.

William Barr said he would consider ethics recommendations on overseeing investigations of the president but claimed the authority to decide what to follow -- but former Justice spokesman Matthew Miller told MSNBC's "Morning Joe" that's not enough.

"In some ways he is an obvious choice for attorney general," Miller said. "He is well qualified and knows the department and traditions. He came in and said a lot of the right words you expect to hear from an attorney general nominee."

But he said some of Barr's statements were troubling.

"When he talked about the end of the Mueller investigation, whether there will be a report," Miller said. "We still don't know if there will be a report. If there is one, he talked about other things like a declination or prosecution memo that they write and send up the chain if they decide not to indict someone or release an indictment -- they're always confidential."

Miller said the nominee's views were especially troubling in light of a memo he wrote and circulated to attorneys for figures under possible scrutiny in special counsel Robert Mueller's probe.

"I think his answers would still be somewhat acceptable if it wasn't for the memo he's written," Miller said. "It gives you concern not just that he has written the memo and expressed views about executive power, but he gave it to Bob Mueller's boss, he gave it to another official at DOJ who would become Bob Mueller's boss if Rod Rosenstein had been fired, he gave it to the president's inside counsel at the White House, his outside attorneys, Mike Pence's attorney and Jared Kushner's attorney, sharing it with all the presidents men and discussing it with them.

"That raises questions about his impartiality he didn't go far enough to address," he added. "The tell is that answer, that exchange with Kamala Harris, where not only refuses to recuse himself, but won't commit to deferring to the advice of people we know are impartial."