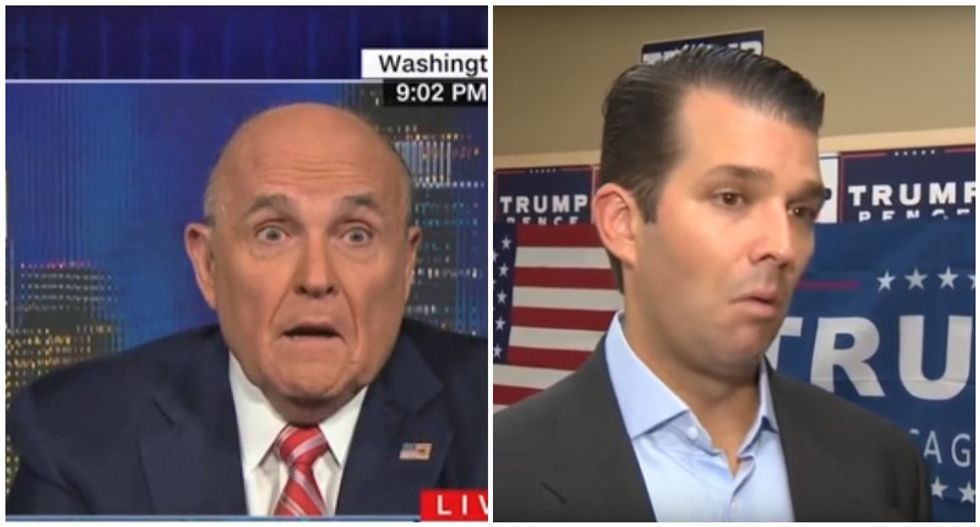 While discussing Giuliani's latest admission that there may have been some collusion between members of the Trump campaign and Russian government agents, host John Berman asked whether Trump Jr. should be worried that his father is preparing to throw him under the bus for potentially conspiring with a hostile foreign power.

"Would you be nervous if you're Donald Trump Jr. or Jared Kushner?" Berman asked. "Did Giuliani just send a signal that... the president's legal defense team isn't here for you?"

"That's what I heard," replied New York Times reporter Astead Herndon. "Everyone under [Trump's] level can now be considered fair game, if we're talking about the political signaling."

Earlier in the panel, former federal prosecutor Elie Honig said that Giuliani's latest defense of Trump reminds him of strategies that mafia bosses use to insulate themselves from prosecution.

"It's a strategy of sorts, and it's something I've seen as a prosecutor before," he said. "Rudy Giuliani came up through the Southern District of New York like I did... making cases against large criminal organizations. And when you do that, one thing you learn is the boss... is insulated, he's protected by the people below him. He can give orders, he doesn't have to do the dirty work with his own hands."