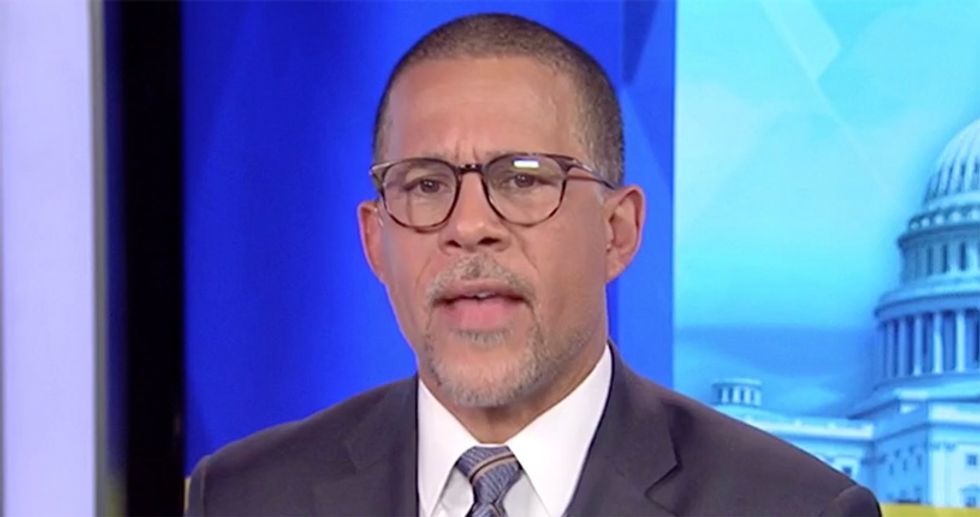 A Democratic lawmaker said that President Donald Trump's refusal to sign a budget deal that will put federal employees back to work has members of the Republican Party too embarrassed to admit they are powerless.

Appearing on MSNBC's AM Joy, Rep. Anthony Brown (D-MD) said Trump's insistence on the wall has put members of his own party in a tough spot.

Speaking with host Joy Reid, he pointed out that many of his constituents are federal workers who are struggling without paychecks.

"They need their money now, they need their paycheck now and that's what the president has to do," Brown explained. "Not only is the ball in his court, the wall is in his hands. He can open up government now."

With host Reid noting that the Democratic-controlled House has already passed multiple bills that would fund the government, she pressed him on how his GOP colleagues are handling Trump leaving them and workers hanging.

"What do your Republican colleagues say to you behind the scenes, if anything?" Reid asked. "How do they justify hurting this many people over a thing that cannot and will not be done? There isn't going to be a wall across the southern border like most Americans have figured that out and maybe even Trump supporters have. How do they justify it?"

"Most of them are embarrassed," Brown admitted. "They get on the elevator together and they start looking down at their shoes because there's very little for them to say to justify the Trump shutdown and to justify their vote in the House to reject the bipartisan bill that came over from the Senate that would have opened up the government."

"As a result, they are simply enabling the president," he concluded.