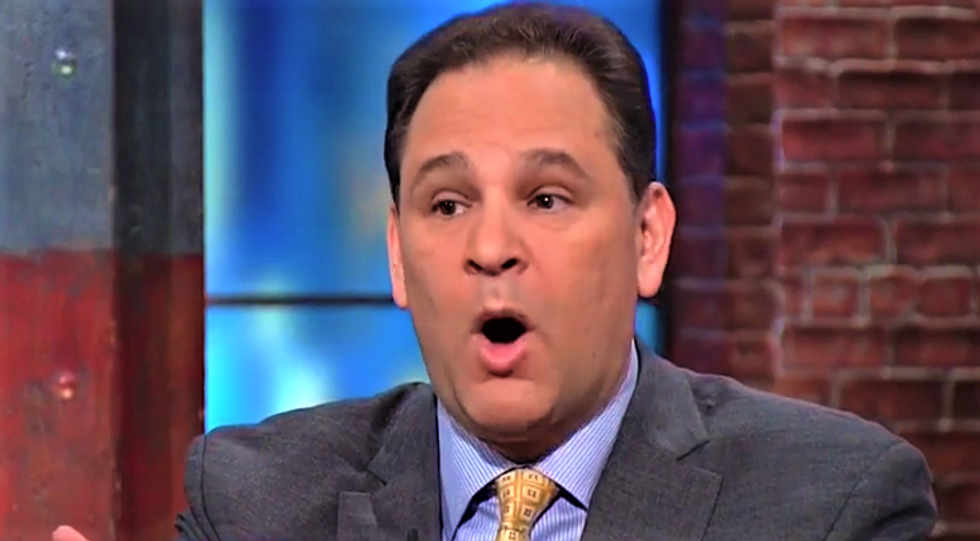 Christian Broadcasting Network analyst David Brody, who authored a "spiritual biography" of President Donald Trump that detailed his purportedly deep Christian faith, had a meltdown on Twitter Thursday after the president caved to House Speaker Nancy Pelosi's decision to cancel his State of the Union address.

Just over one week ago, Brody boldly predicted that Pelosi's move to rescind Trump's SOTU invitation would blow up in her face.

"If Speaker Pelosi thinks her State of the Union stunt can outmaneuver Donald Trump, she's in for a rude awakening," Brody wrote. "Pelosi is playing checkers. Trump is playing chess."

If @SpeakerPelosi thinks her State of the Union stunt can outmaneuver @realDonaldTrump , she’s in for a rude awaken… https://t.co/pW5KaSM1q1
— David Brody (@David Brody) 1547677736.0

When Trump caved to Pelosi on Wednesday night, Brody was forced to admit that his prediction had turned out to be incorrect -- but he nonetheless insisted Trump was in a stronger position politically now than he had been before backing down.

"Decision by Donald Trump to not do SOTU next week seems like a victory for Speaker Pelosi BUT she now owns the pettiness of the move and a position of no compromise," Brody wrote. "Ultimately, POTUS looking like the adult in room could prove PR dividends in who wins this war of attrition."

Decision by @realDonaldTrump to not do SOTU next week seems like a victory for @SpeakerPelosi BUT she now owns the… https://t.co/TWxwT3lA6z
— David Brody (@David Brody) 1548327778.0

This declaration similarly drew widespread ridicule across the internet, which spurred Brody to defensively lash out at his critics.

Among others, he hit back at former federal prosecutor Renato Mariotti, who roasted Brody for claiming that Trump looks more "adult" after getting schooled by Pelosi.

.@Martina first of all, thank you for blessing my childhood with so many wonderful memories of not just your amazin… https://t.co/nceZZoqpm7
— David Brody (@David Brody) 1548327894.0