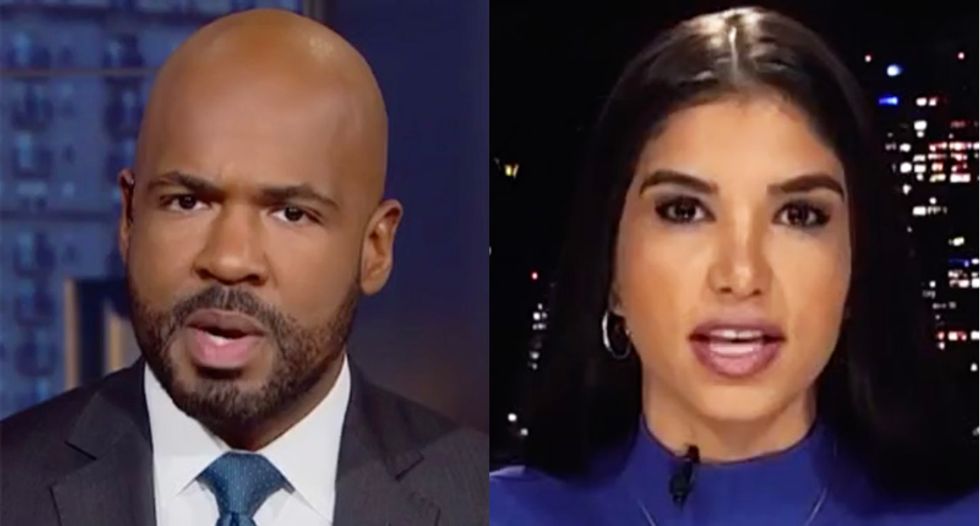 An advocate for Donald Trump's border wall saw her arguments tossed aside as so many "ridiculous talking points" on CNN early Sunday morning in a segment that devolved into a shouting match between panelists.

Appearing on New Day with host Victor Blackwell, Trump 2020 representative Madison Gesiotto battled with the host and co-panelist Maria Cardona over the need for Trump's wall, with Gesiotto one time making Cardona's point for her about drug interdiction at the border.

Things got heated when host Blackwell pressed Gesiotto on how Trump shutting down the government and hamstringing federal law enforcement was helping with stopping the drugs she kept insisting were being snuck over the border.

According to Gesiotto, it didn't matter because federal employees who aren't' getting paid support Trump.

"I spoke to many people who support him who are not getting paid right now, people saying 'I'm a government worker and not getting paid but i understand what is going on and I respect the safety and security of this country and the future of our nation is at stake!'" the Trump supporter claimed.

Asked to respond, Cardona fired back.

"Victor, sadly, Trump supporters are focused on ridiculous talking points that are not based on facts and have completely a zero focus on what the 800,000  federal workers who are not getting paid are going through," she explained. " I was a government worker in 1996 during that government shutdown. I was not getting paid. Luckily, I was young and my parents helped me out."

"There are so many people that do not have that kind of help where they were getting by paycheck-to-paycheck," Cardona continued. "This president is holding 800,000 federal workers hostage for his inane unnecessary wall and what is even more ridiculous and actually ironic the people that are not getting paid are Immigration agents and TSA agents and Secret Service agents and people keeping our countries and our border safe."

"It's ridiculous when the president says he cared about border security when he is not paying the people to do their job," she concluded, with Blackwell also calling out the Republican guest for repeating "talking points."