Trump and his team have been ‘lying for two years’ to cover up Don Jr’s crimes: MSNBC’s Morning Joe 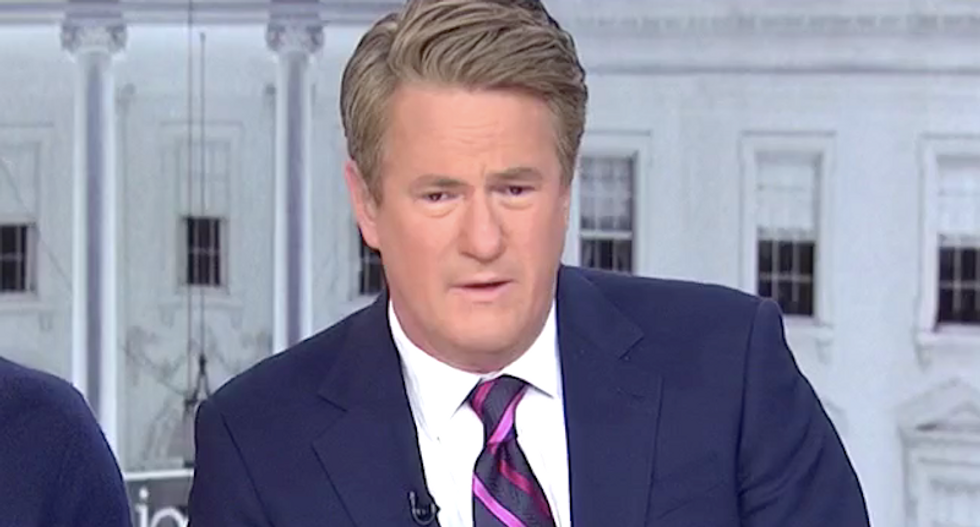 MSNBC's Joe Scarborough said President Donald Trump and his allies have been "lying" for two years to cover up Donald Trump Jr.'s crimes related to Russia.

Trump reportedly met again privately in November with Russian president Vladimir Putin at the G20 summit in Buenos Aires, and the "Morning Joe" host said former MSNBC analyst Mark Halperin had identified the president's son as one of the most deeply implicated in the alleged election conspiracy.

"March of 2017, asking Mark Halperin, offset quietly while all were around, this is when the whole Russia thing started to percolate, I said, 'Who's in trouble?'" Scarborough said. "He said, 'Don Jr., for one.' I said, 'What, Don Jr., does he not have a hunting license in Idaho?'"

"All of these contacts with Russians that Donald Trump and his whole team have been lying about two years," he added.