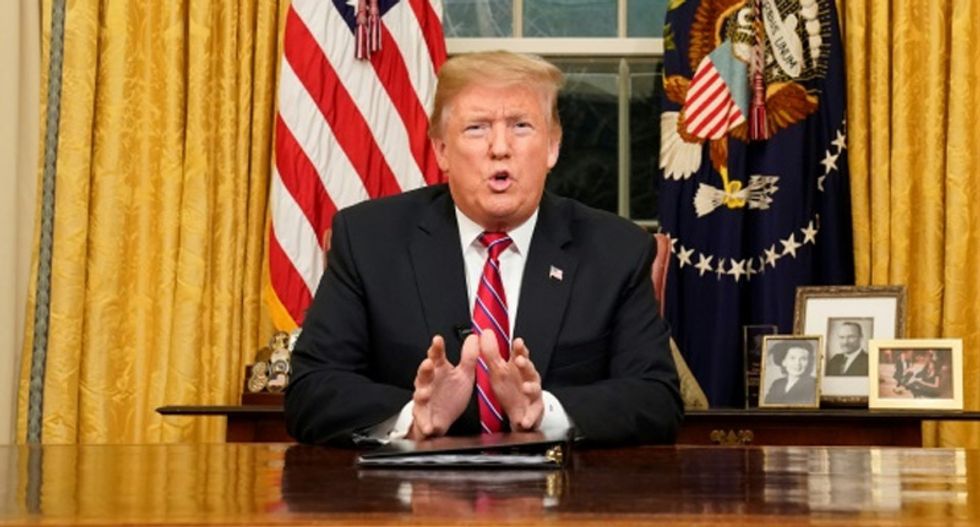 Tensions are growing in the White House between President Donald Trump and House Speaker Nancy Pelosi. On Wednesday, Pelosi sent a letter to Trump saying that she would not take the necessary steps to authorize his State of the Union address.

Pelosi noted that the speech would be unsafe due to the lack of security because of the government shut down.

While talking to reporters on Wednesday, Trump responded to Pelosi's rebuke of his speech.

“The State of the Union has been canceled by Nancy Pelosi because she doesn’t want to hear the truth," Trump said. "She’s afraid of the super-left Democrats, the radical Democrats. What’s going on in that party is shocking.”

He added, "Now Nancy Pelosi, or Nancy as I call her, she doesn’t want to know the truth.”

He continued to unload on Pelosi.

"So Nancy Pelosi, knowing these facts and knowing that she can't win, that she just went out and said 'let's cancel for the first time in the history of our country, let's cancel the State of the Union address,'" Trump said. "It's a disgrace. She used it on the basis of the shutdown. When she asked me to make the address formally in writing, most of you have a copy of the letter, when she asked me to make the address, she did it during the shutdown, well into the shutdown."

He then called Senate Minority Leader Chuck Schumer a "puppet."

"I think that Chuck Schumer sadly is dominated by the radical left and he's dominated by Nancy Pelosi. Very strongly dominated. He can't move. He's a puppet. A puppet for Nancy Pelosi, if you can believe that," Trump said.

Watch below via Fox.