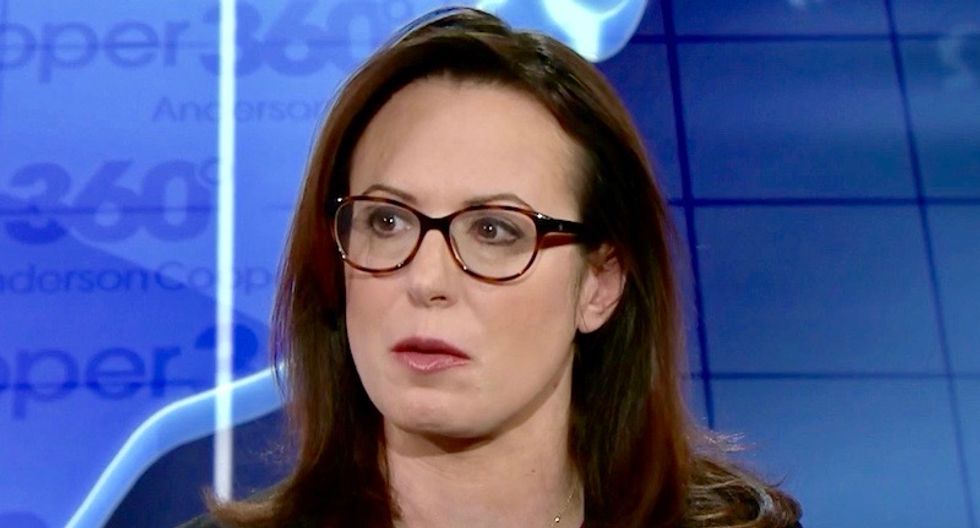 New York Times political reporter Maggie Haberman is known for her ability to maintain close ties to Trumpworld, even earning the nickname "Trump whisperer" for her insights and ability to predict Trump's behavior.

On Thursday, Haberman had bad news for anyone hoping to see a quick and painless end to the shutdown that Trump called for in an effort to get House Democrats to allocate money for the wall he promised voters Mexico would pay for in 2020.

Appearing on CNN with host Anderson Cooper, Haberman said Trump's tactics—such as canceling a visit to troops in Afghanistan by congressional Democrats—comes straight out of New York politics and mirror strategies that were employed by people like his personal attorney Rudy Giuliani, a former mayor.

"The problem is, it's different when you're president doing it," she said. "For him, it risks coming off as petty."

Pelosi was "clearly trolling" Trump by canceling his State of the Union address, Haberman said, and he had to respond by "doing something to appear dominant."

"I do think that this is going to become a messy back-and-forth," she said. "We are well past the point where he is listening to people around him who want him to appear presidential. He has shattered norms over and over. They have said 'You are not in your re-election window,' assuming he is going to run for re-election. This is going to be the type of politics you are going to see over and over again. It's how he won."

Cooper asked Haberman who Trump is listening to in the West Wing.

"Mostly himself," she said. "He is increasingly guided by what he wants to do. And, remember, there are very few people in the White House left. There is a lot that has been boiled down. And you have a very small core group, many of whom—not all, but many of whom—share his impulses."