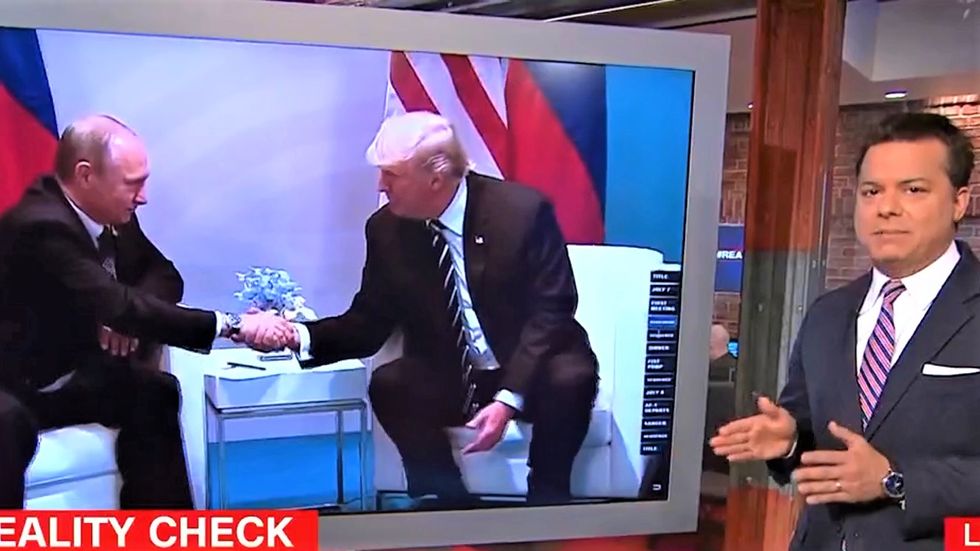 What really happened in 2017 when President Donald Trump met with Russian President Vladimir Putin in Germany?

CNN's John Avlon on Friday reconstructed a timeline of events that led up to the meeting between Trump and Putin and he came away with a sense of "weirdness" about the whole affair.

Avlon begins by discussing how the president's first meeting with Putin in Hamburg in July 2017 was fairly unremarkable, as then-Secretary of State Rex Tillerson was present at the meeting between the two heads of state.

However, Avlon then explains Trump's actions after the first meeting appear to be very suspicious.

"The real drama takes place behind the scenes when President Trump confiscates the interpreter's notes," he says. "This is never done and for good reason. Trump deliberately ensured no American record exists of the first meeting between himself and a hostile foreign power who meddled in our election on his behalf."

The next strange incident regarding Trump and Putin came at a later dinner in which Trump signaled to Putin that he wanted to once again chat with him in private.

"That's when the weirdness kicks in," Avlon says. "Under the guise of saying hi to Melania, who's sitting next to Putin, Trump walks over to their side of the table, and that becomes another hour-long discussion."

This discussion is even more suspicious, Avlon explains, because Trump never told his own staff about what they discussed and no American officials were present to witness it.

"The move was so bizarre that we only know about it because shocked world leaders let it leak," he says.