Trump’s eminent domain of ranches will be worse than the Bundy standoffs: ‘Absolute revolution at the border’ 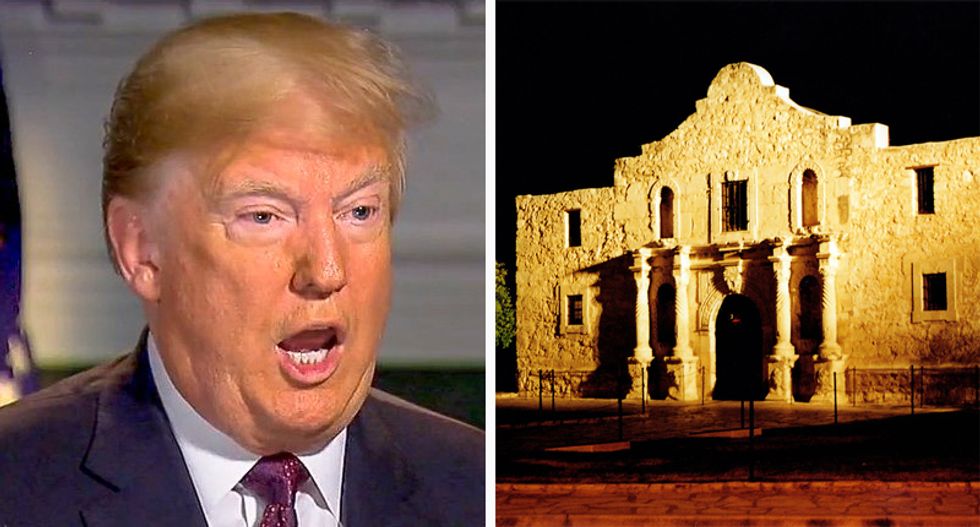 President Donald Trump may face a "revolution" from right-wing Texas ranchers living near the southern border with Mexico, Dr. Jason Johnson explained on MSNBC's "The Last Word" with Lawrence O'Donnell on Monday.

At first, Trump promised that Mexico would pay for the wall. The Mexican government, however, has always said that would not happen.

Next, Trump attempted to get the American taxpayers to pay for his wall. But despite his fear-mongering against immigration during the midterm elections, Democrats won control of the House of Representatives and have emphatically said that America will not pay.

Rejections from both governments have resulted in Trump now floating the idea of declaring a national emergency to take the money out of the Pentagon -- and using U.S. troops to seize land along the border.

His latest approach is also problematic for the White House.

"Yeah, the president's negotiation skills are terrible," noted Dr. Jason Johnson, the political editor at The Root. "He's going to be left naked at the poker table every time he goes up against Nancy Pelosi."

"The kind of lawsuits that are going to come from trying to build this wall, the eminent domain fights, you thought the Bundy ranch was bad? You will have an absolute revolution at the border if the president tries to get this done," he predicted.

"Republicans in Texas, in Arizona, they know that, and they're privately trying to tell the president -- or at least Mitch McConnell -- you've got to get him away from this, we can't take this kind of fight," he added.