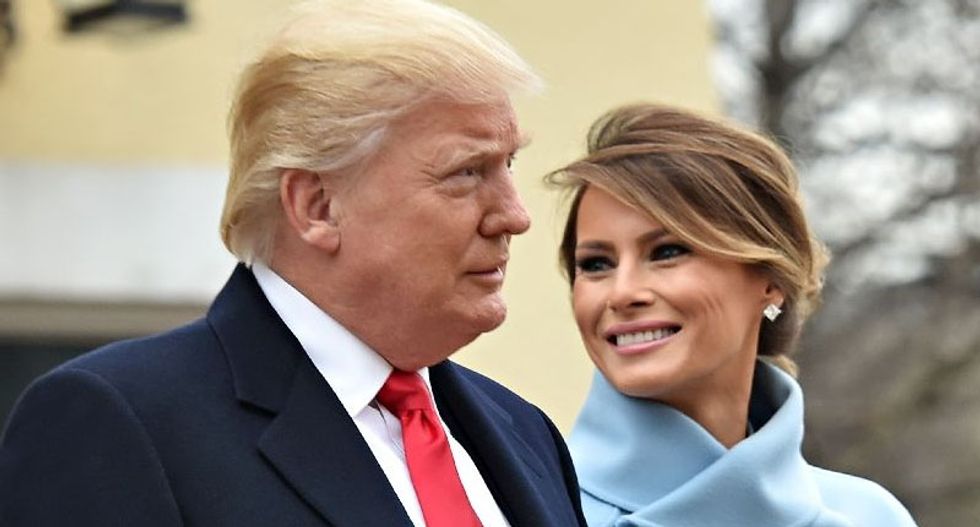 Below are the seven most ridiculous expenditures.

1. $2.7 million for Sinatra and showgirls

ABC News reported that the committee wrote a $2.7 million paycheck to a company that did a Broadway-style rendition of Frank Sinatra's "New York, New York" -- complete with " Las Vegas show girls flown in by Trump pal Steve Wynn for a private event."

The ABC report on the inaugural committee also noted that the panel paid out $130,000 for custom seat cushions at two gala dinners for Trump.

Both the Times and ABC noted that the committee paid $10,000 for makeup for aides. The Times reported that the makeup bill was for 20 servers, and ABC added that they were servers at a formal dinner.

ABC reported that the committee spent $1.5 million at the Trump International Hotel in DC -- a site that's regularly reported-on and investigated.

A source confirmed to ABC that a $130,000 check cut to Tiffany & Company was for salad bowls to inaugural guests.

ABC reported that the inaugural committee shelled out $2.7 million to a company owned by Brad Parscale -- who has since become the Trump 2020 campaign manager -- for digital operations.

The digital operations payment was separate from a $450,000 total paid to Fortalice Solutions LLC, a company specializing in "cyber protection," ABC noted.