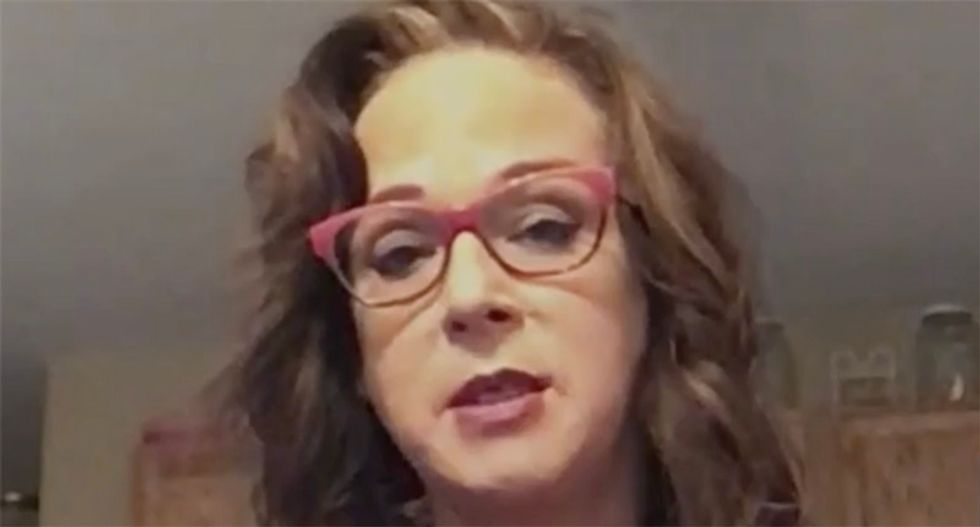 Appearing on CNN on Thursday afternoon, a TSA agent who works out of Chicago's O'Hare airport said she may be homeless soon after receiving an eviction notice because she is working without pay and can't pay her rent.

Speaking with host Brianna Keilar, agent Christine Vitel said that she received an eviction notice on property she owns despite explaining her situation and providing documentation from the government about her working but unpaid status.

"How has the shutdown impacted you personally as you work and are not getting paid? "host Keillar asked.

"We just, of course, found out a couple days ago we are not getting our paycheck, and yesterday when I was at work, my son texted me a picture," Vitel recalled. "I got a five-day notice from -- I have a house, I bought a house, but I rent the land. My community sent me a five-day notice to pay on my lot rent."

"They are aware of the permanent home security letter I received, and they said they would work with me," she continued. "However, when I spoke to them yesterday, the receptionist Melissa stated that I needed to pay my rent, and if I don't pay my rent within five days she'll have to see what the manager wants to do and that could be court procedures"

"I told him, I'm not refusing to pay my rent, and I said, it's going to be late because I'm not getting a paycheck," the TSA agent added.

"Christine, when you're at work, when you're at O'Hare, do you see any effect or are you starting to see an effect on operations there with TSA workers?" Keilar pressed.

"No. The officers that are coming into work, myself included, and we're all doing our job," she explained. "We are there for a mission, and that's not going to persuade, whatever, the news, whatever is happening. We're still doing our job 100 percent."

"President Trump has said federal workers who are going without pay want a wall -- do you want a wall?" the CNN host asked.

"No, I do not," Vitel quickly replied. "It doesn't make sense to me. The shutdown was supposed to be for our budget, not for a wall. I disagree with everything that he has stated about that."