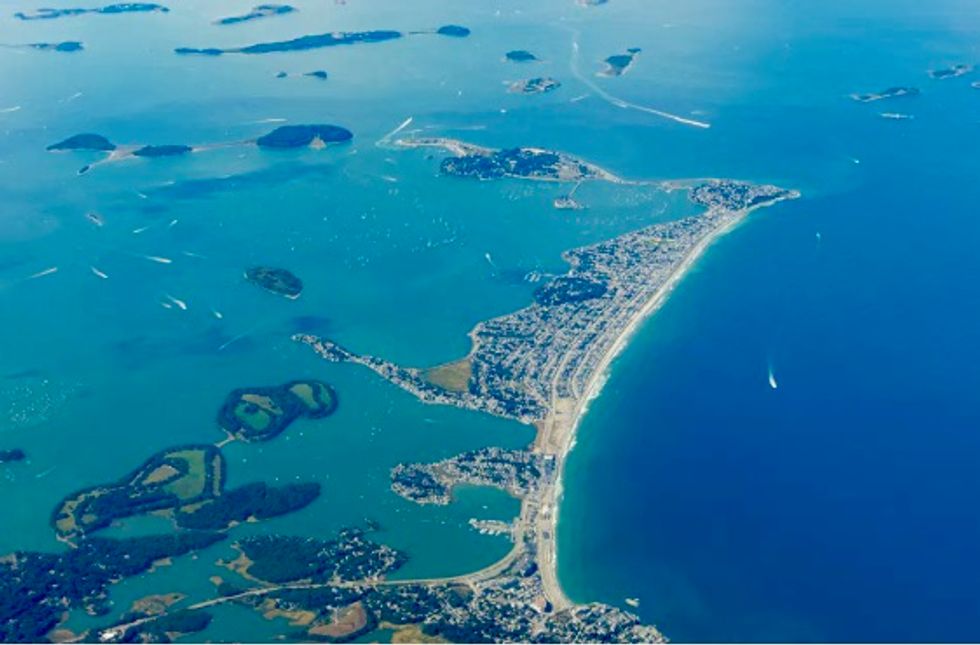 Thirty years ago, during the 1988 presidential campaign, then-Vice President George H.W. Bush took a boat ride across Boston Harbor and derided the environmental record of his rival, Massachusetts Gov. Michael Dukakis, calling the polluted waters a “harbor of shame.” Bush was right. For decades Boston had been dumping barely treated sewage into the harbor, although a court-ordered cleanup was just starting.

Since 1986 colleagues and I have studied tumors in Boston Harbor flounder, which were a major driver of public outcry over the state of the harbor. Flounder are tasty and easy to catch, and have long been a popular commercial and recreational species in Massachusetts coastal waters. But a 1984 study showed that 8 percent of winter flounder sampled from Boston Harbor had liver tumors. Another study found tumors in 15 percent of winter flounder and suggested that they were caused by exposure to sewage-borne pollutants.

Today the picture is very different. In a recent study, we provided evidence that the goal of cleaning up toxic chemicals from Boston Harbor has been met. Boston Harbor flounder are dramatically healthier, even those caught near an offshore outfall where treated sewage is now discharged into Massachusetts Bay. In fact, levels of disease associated with contaminant exposure are lower in flounder caught near the outfall than they were in the early 1990s. Boston Harbor’s turnaround shows that heavily damaged ecosystems can recover and provide benefits far larger than their cleanup costs. 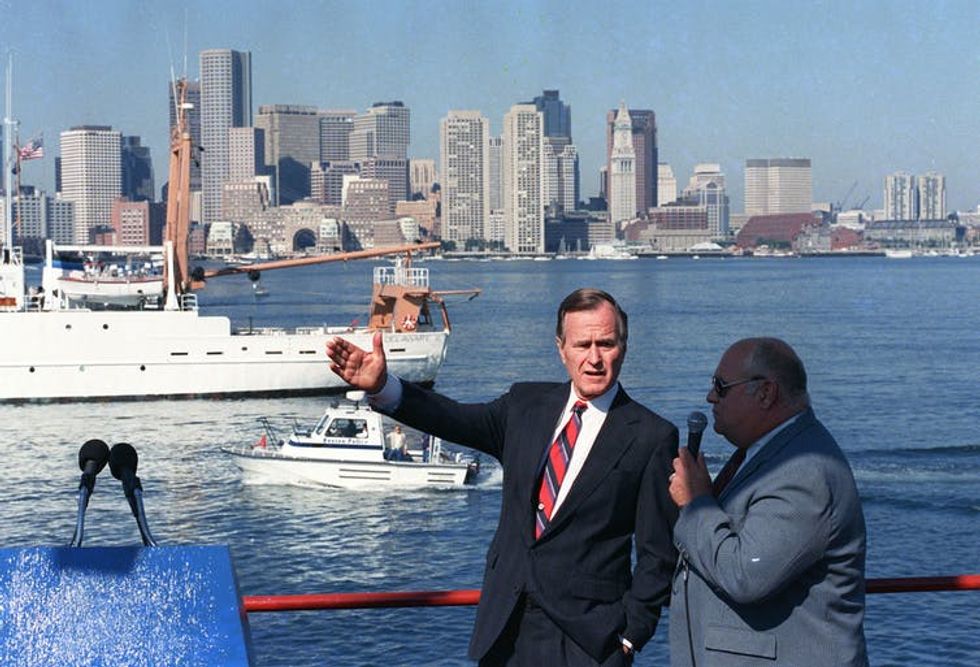 Vice President George H.W. Bush gestures from a boat in Boston Harbor during a campaign stop in Boston, Sept. 1, 1988.

Impact of the Clean Water Act

In 1972 Congress passed the Clean Water Act, which established the legal framework for regulating pollutant discharges into U.S. waters. At that time, Boston Harbor was severely polluted.

Finally, in 1982 the Boston suburb of Quincy, the nonprofit Conservation Law Foundation and the federal government all sued Boston under the Clean Water Act for failing to update its sewage treatment systems. Evidence of tumors in flounder helped convince presiding Judge Paul Garrity that dramatic action was required. As Garrity asserted:

“The current and potential impact of pollution upon the health, welfare and safety of persons who live and work nearby Boston Harbor and who use it for commercial, recreational, and other purposes is staggering. The damage to that environment and to the creatures who live in it may very well become irreversible unless measures are taken to control, and at some point preclude, the pollution and consequent destruction of that very valuable resource.”

As a result, the Massachusetts Water Resources Authority was established in 1985, and a court-ordered cleanup began. The timeline called for ending sewage sludge discharges by December 1991, developing secondary sewage treatment by 1997, and building a 9.5-mile tunnel that would carry treated effluent offshore by 2000. The cost for constructing the new secondary treatment plant and discharge tunnel was US$3.8 billion. 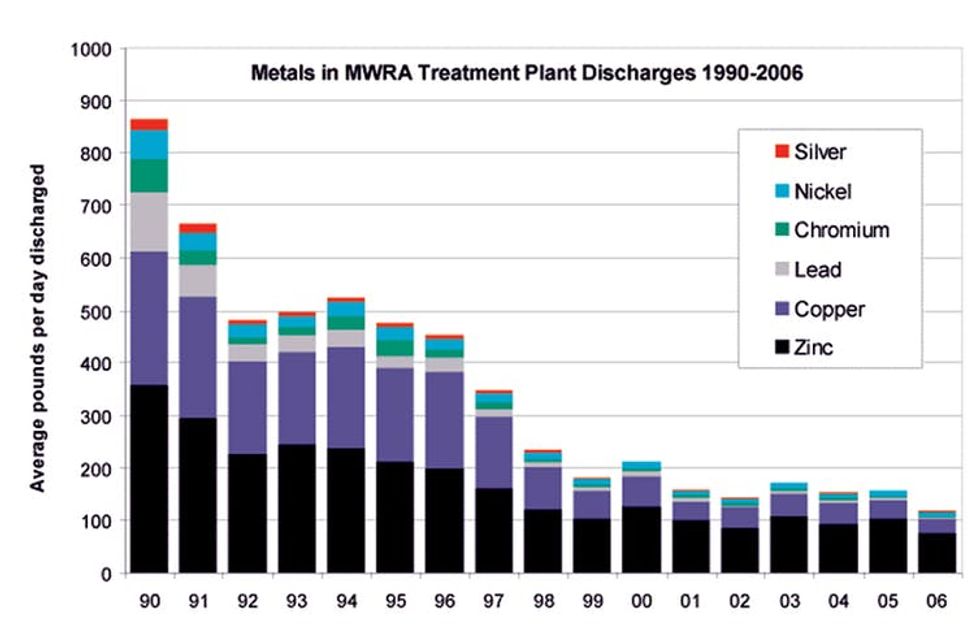 Metals in MWRA treatment plant discharges to Boston Harbor and Massachusetts Bay have declined by more than 80 percent as a result of the harbor cleanup.

Even at its dirtiest in the 1970s and 1980s, Boston Harbor was a mecca for recreational flounder fishing. At one time, six businesses rented fishing skiffs out of Hough’s Neck in Quincy Bay, the southern arm of Boston Harbor, to anglers pursuing flounder that spent cold-weather months in Boston Harbor. This peninsula was referred to as the “flounder capital of the world.”

I began studying the genetics of flounder tumors as a doctoral student working with Woods Hole Oceanographic Institution biologist John Stegeman in the mid-1980s. When I presented data from this work in 1987 at the New England Aquarium, Massachusetts Water Resources Authority officials were interested in our findings. The MWRA started funding our work in 1988, and continues to support it today. In my view, it is a good example of fundamental research that has produced a very long-term applied benefit.

We researched the underlying disease process in flounder, and showed that some tumor-associated cells were excellent predictors of tumor risk. We also found that winter flounder around the pre-cleanup sewage discharge points fed significantly on organic matter derived from sewage sludge – mainly worms feasting on nutrients in the sludge – before sludge discharges ended in 1991.

By annually examining flounder from four different sites in and beyond the harbor, we were able to show that the prevalence of tumors in the fish declined with time after the cleanup began, to the point where we did not detect tumors after 2004. Tumor precursor cells in the fish also decreased remarkably. The decreasing prevalence of liver tumors was a good indicator that the harbor cleanup also reduced human health risk, especially for seafood consumers.

Interestingly, winter flounder thrived on the abundant food in sewage sludge, even though it caused liver tumors. In the 1990s, once sludge was no longer discharged on outgoing tides, the flounder lost this food source. In response they shifted their movements so that they did not arrive in the harbor from deeper waters in Massachusetts Bay until they were ready to spawn in late April, and appeared in fewer numbers. This trend was also partly driven by region-wide reductions in the flounder population.

Today flounder are less notable in Boston Harbor than striped bass and seals, but are making a slow comeback. In another sign of how much cleaner the harbor is, humpback whales were recently filmed breaching in front of the upgraded sewage treatment plant on Deer Island.

A staggering amount of human effort and resources went into the Boston Harbor cleanup, but the results demonstrate that long-term investments to improve regional environmental quality can pay off. A recent study led by my colleague Di Jin estimates that Boston Harbor now provides a capital value of $30 billion to $100 billion in ecosystem services, such as recreation opportunities and habitat for fish and shellfish, thanks to a cleanup with a total price tag of $4.7 billion (for the measures discussed above plus sewer system improvements). I would not have eaten fish from Boston Harbor 30 years ago, but I would eat them today.

However, environmental conservation is never finished. New water quality challenges are emerging – notably, microplastics and pharmaceuticals in wastewater, which are not currently regulated. As the Trump administration pushes to reduce environmental regulation, it bears emphasizing that without federal legislation and legal action, Boston might still have the nation’s dirtiest harbor today.

If you’ve ever compared a frozen pizza to the photo on the box, you know the feeling of being duped by appetizing looks.

In our latest study we show that animals – in this case, bees – are also prone to being tricked into making poor decisions, which explains a lot about how gaps in perception are exploited in nature.