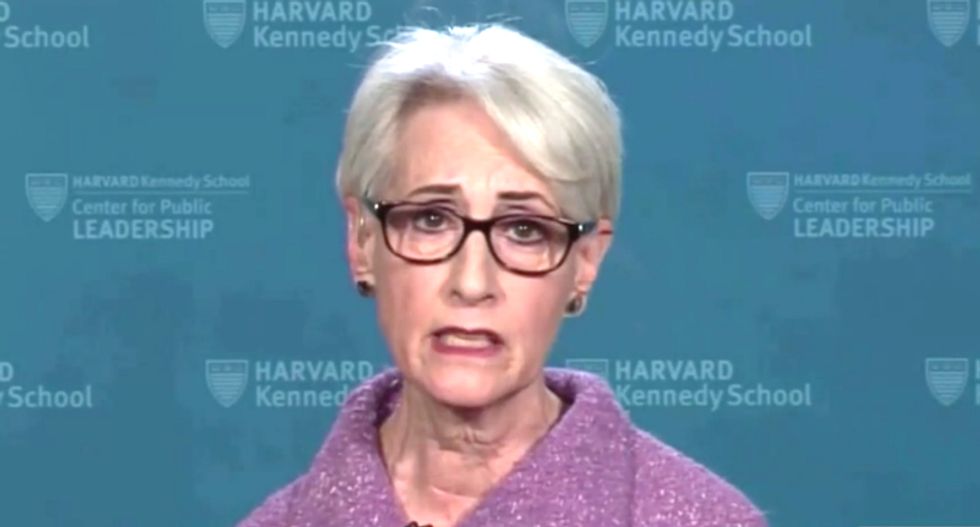 Former United States Deputy Secretary of State Wendy Sherman told MSNBC on Monday that the United States was in a "dangerous moment" that has America's allies worried about President Donald Trump's legitimacy, after the Washington Post's bombshell report that Trump went to "extraordinary lengths" to hide, and possibly destroy, the notes from his private meeting with Russian President Vladimir Putin in Helsinki.

"I think we're in an extraordinarily dangerous moment," Sherman said. "When people listen to this around the world, they wonder what the authority of the president of the United States is, whether he has legitimate leadership standing here in this country."

The picture that U.S. allies see, as related by Sherman, was a country in chaos.

"They see a government that is paralyzed at the moment in the shutdown, and they see a government where the president of the United States can talk with another leader without anyone present and no one knows what the results of that are," she said. "That gives impunity to other leaders around the world and puts us in a very insecure position, because the senior leaders in our government don't know what's going on."

Sherman said the president may be saying his meeting with Putin was successful, but the facts on the ground belie his claims.

"When the president says it was a successful meeting, I have no idea what he's talking about," she said. "We are in a very difficult situation with Russia. Clearly the Syria policy, which is all over the place at the moment, with [National Security Advisor John] Bolton and [Secretary of State Mike] Pompeo heading in one direction, the president heading in another, it's very difficult to know what the national security objectives are of the Trump Administration."