US Rep. Sheila Jackson Lee accused in lawsuit of retaliation against staffer 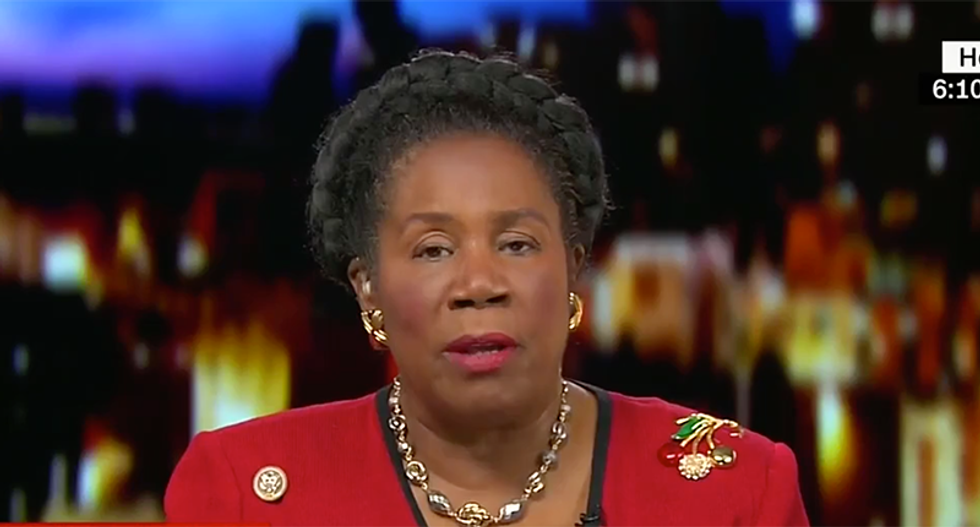 A new lawsuit has a Houston congresswoman in hot water.

A former staffer for U.S. Rep. Sheila Jackson Lee, a Houston Democrat, identified as "Jane Doe" says in the suit that she was fired as retaliation for suing the Congressional Black Caucus Foundation over an alleged 2015 rape. Buzzfeed first reported on the matter on Wednesday evening.

Doe alleged that while she was an intern for another member of Congress in 2015, she took part in the foundation's internship program and was raped by the intern coordinator, Damien Jones.

Three years later, she was then employed in Jackson Lee's office. The congresswoman at the time was — and still is — the chairwoman of the foundation's board of directors. In March 2018, Doe informed the congresswoman's chief of staff, Glenn Rushing, of her intent to pursue litigation against the foundation. Several weeks later, Rushing and Jackson Lee fired Doe, citing budgetary reasons, the lawsuit says.

Doe is now suing Jackson Lee's office and the foundation for $75,000.

"We are deeply concerned about the welfare of all our interns and fellows, including ‘Jane Doe’, the former CBCF intern who recently filed suit,” the foundation said in a statement on Thursday. “It is CBCF's position that the Foundation did not have the purview to terminate Ms. Doe from a staff position in a congressional office, and therefore, did not take such action. We have and will remain supportive of Ms. Doe, and will fully cooperate with all legal proceedings.”

Jones, the man who Doe alleged raped her, did not respond to Buzzfeed's request for comment.

On Thursday morning, Jackson Lee declined to comment to The Texas Tribune while near the U.S. House floor. She referred to a statement from her office, which was released Thursday afternoon.

"The Office adamantly denies the allegations that it retaliated against, or otherwise improperly treated, the plaintiff. It is against office policy to discuss specific details about internal personnel matters," the statement said.

It went on to point out that a piece of legislation Jackson Lee backed in 1995, known as the Congress Accountability Act, made Doe's legal pursuit possible.

"The plaintiff chose federal court and she has every right to utilize this process and pursue a claim through the CAA," said the statement. "Although the Congresswoman is eager to respond substantively, she will do so only at the appropriate time, as the court docket dictates. The Congresswoman is confident that, once all of the facts come to light, her Office will be exonerated of any retaliatory or otherwise improper conduct and this matter will be put to rest."

Jones went on to work for the U.S. Senate campaign of former U.S. Rep. Beto O'Rourke. O'Rourke's spokesman issued a statement to Buzzfeed on the matter: "“The Beto for Texas campaign was absolutely not aware of these allegations until today and no longer has a relationship with Damien Jones.”