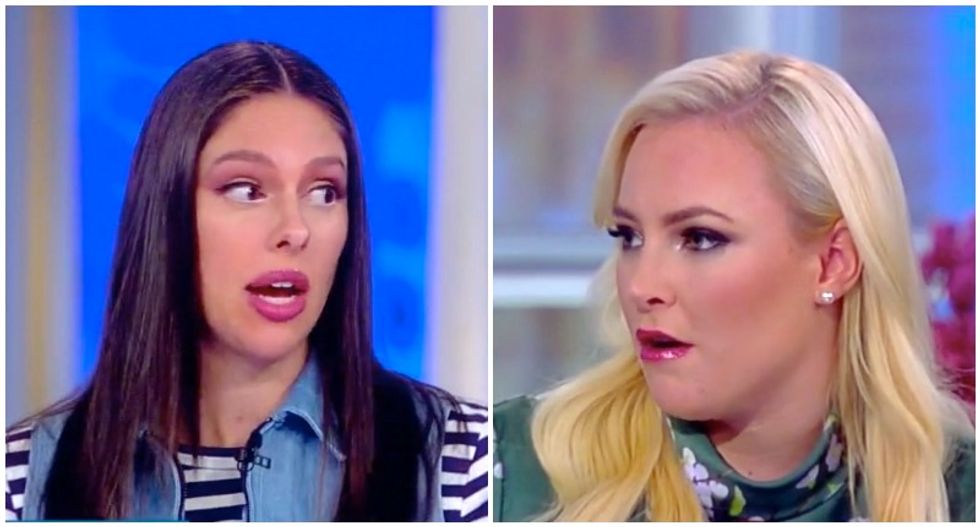 The two conservative co-hosts on "The View" agreed President Donald Trump might not be clever enough to be a double agent.

Abby Huntsman and Meghan McCain were shocked by revelations that the FBI opened a counterintelligence investigation to determine whether the president was a Russian agent, but they found reasons to doubt the bombshell allegations.

"I don't think anyone has the answers right now," Huntsman said. "I was just as shocked by it. Frankly, of all the things we've talked about at this table, this is by far -- I don't even have a word for it -- the craziest, because we're now in this place where you either are going to have a President Trump who wins another four years or he gets ousted from office for potentially -- or for being an agent for the Russians. Like, we're just in this really strange place as a country."

Huntsman then suggested that her father Jon Huntsman, who serves as Trump's ambassador to Russia, would know if the allegations were true.

"Full disclosure, I'm sitting here and my dad's the ambassador to Russia," she said. "I think he would be more shocked than anybody if this were true, so there's still a lot that we don't know."

Co-host Joy Behar pointed out that the ambassador might not necessarily know about a covert operation, and Huntsman said she doubted Trump was capable of that sort of activity.

"Is Trump capable, though, of covert operations?" Huntsman said.

The panelists laughed, and McCain chimed in to agree.

"That is a good point," she said. "I mean, you know, he can barely run our country, let alone -- it's hard for me to think he would be this brilliant espionage spy, but I put nothing off the table anymore in 2019, because I think we're on Earth 2 and there's some parallel universe where, like, Jeb Bush is president and I'm happy and it's different."