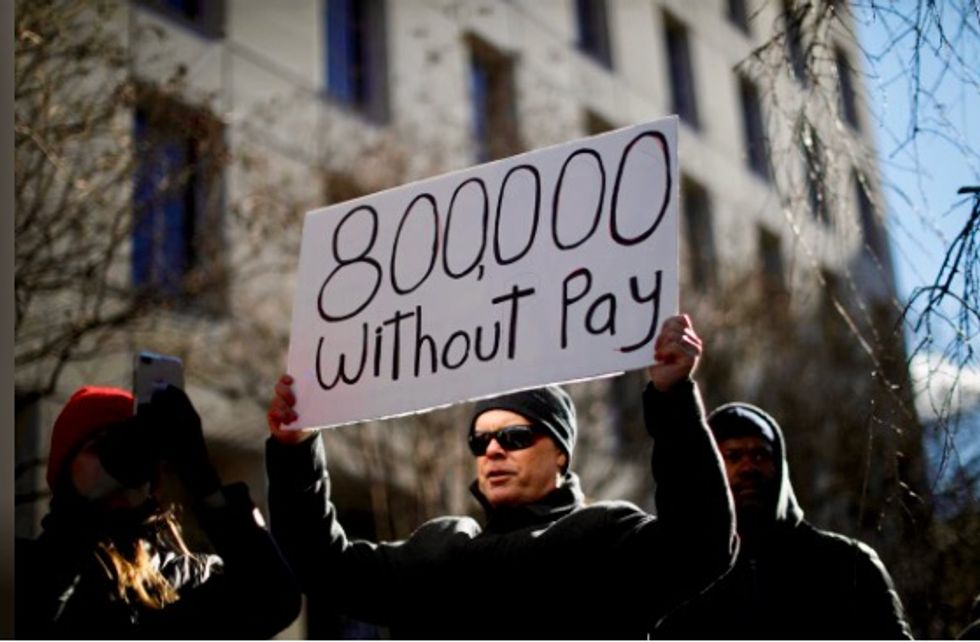 Hundreds of furloughed federal employees chanting “we want to work” gathered for a union-led march to the White House on Thursday, the 20th day of a partial government shutdown over U.S. President Donald Trump’s demand for border wall funding.

“Hey, hey, ho, ho, shutdown’s got to go” protesters shouted as they assembled in the bitter cold outside of the AFL-CIO union headquarters, hoisting signs reading “Trump: End the Shutdown,” “Reopen Govt” and “Let Me Do My Job.”

Some 800,000 federal government employees have been ordered to stay home or work without pay during the shutdown brought on by a standoff between Trump and Democrats in Congress over Trump’s demand for $5.7 billion to build a wall on the southern U.S. border.

Trump, in a 2016 presidential campaign promise, repeatedly vowed that Mexico would pay for the wall. But he has said he will not sign any bill to reopen the government that does not provide wall funding.

Protesters, many wearing neon green vests reading, “I am a worker. I demand a voice,” on Thursday demanded the government be reopened, separate from any debate over wall funding.

In its third week, the shutdown of about a quarter of the federal government is the second longest since the mid-1970s. Trump has said it could continue for months or even years.

Many furloughed federal workers have turned to online fundraising outlets such as GoFundMe.com to help cover expenses from food to utility bills.

Trump will not be at the White House when the protesters arrive. He was headed to the U.S.-Mexico border in McAllen, Texas.

The president has said he has the right to declare a national emergency if no deal with Congress can be reached on funding the project.