WATCH: Elderly man arrested for stalking Muslim schoolgirls and threatening to sterilize them 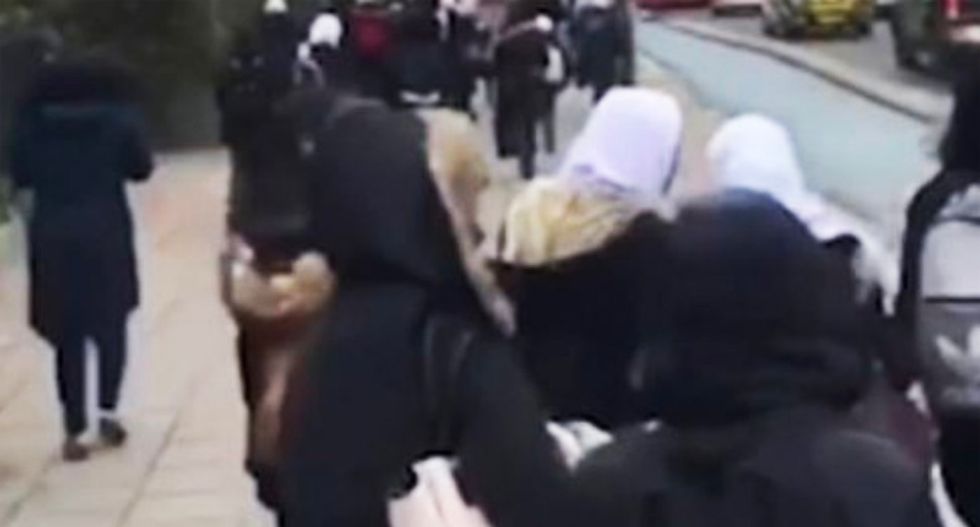 An unnamed man, reportedly in his sixties was taken into custody after he posted a video of himself stalking Muslim schoolgirls and threatening them, reports The Independent.

According to the report, the video, which was recorded outside the Central Foundation Girls' School in Bow, East London, was brought to the attention of the authorities who tracked the man down and took him into custody.

During the man’s tirade, he can be heard calling the young women, “black c***s” who are going to “breed like f*cking rats."

“We’re going to be f*cked with this lot,” he adds. “I think what we might have to do is think of something like old [Nazi] Doctor Mengele […] so the c**ts can’t f*cking multiply.”

In a statement, London Metropolitan Police said: “A man in his 60s has been arrested by police on suspicion of a racially aggravated public order offense. The man arrested was taken to an East London police station where he currently remains in custody. "

A man who allegedly followed a group of Muslim girls and hurled racist abuse at them has been arrested. The man,… https://t.co/zVUX1cMeeZ
— Harrow & District (@Harrow & District) 1548765011.0