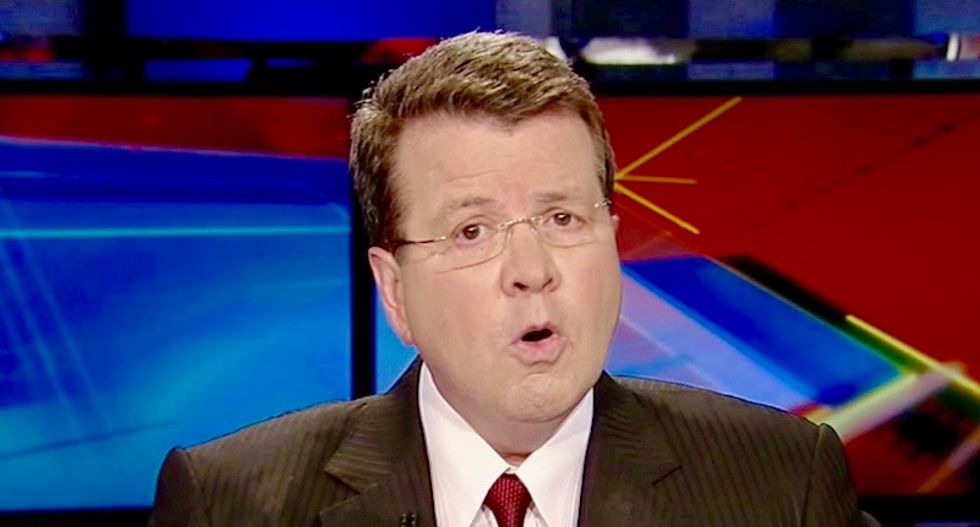 On Thursday, President Donald Trump travelled to the Southwest border to make the case for a border wall.

Flanked by Sen. Ted Cruz (R-TX) and border patrol agents, Trump seem to renege on his most emphatic promise: the idea that Mexico would pay for the wall.

Even Fox News host Neil Cavuto was perplexed by the president's reversal of his campaign promise.

The host then played all of the times candidate and president Trump riled up his supporters by talking about Mexico paying for the well.

"We have digital footage," Cavuto joked, pointing out that in an era where every statement made by a public official lives forever, it's harder to lie.