Watch hilarious MSNBC panel on Trump and Ann Coulter: ‘She dishes out pain and insults — and he asks for more’ 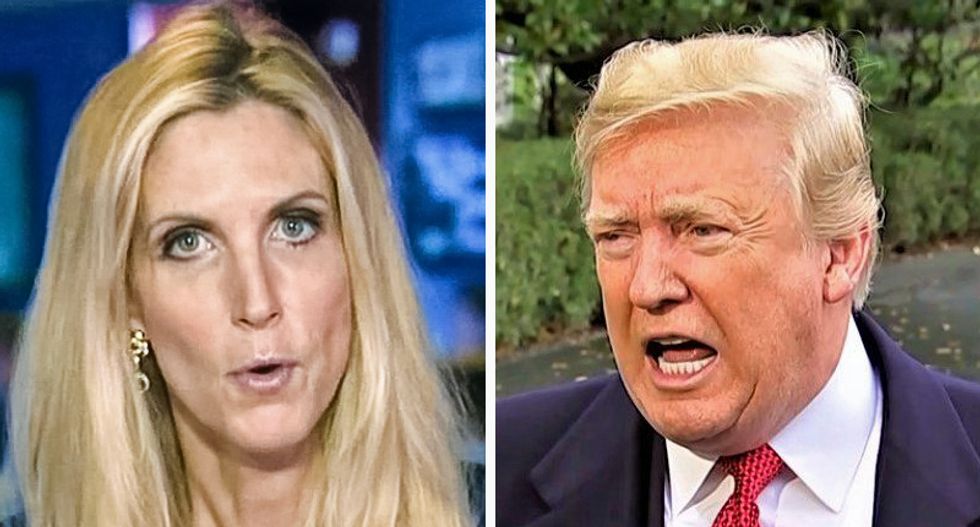 "On December 19th of last year, the Senate voted overwhelmingly to keep government open without any money for the border wall and with the understanding the House would pass the same measure, and then the president would sign it," Hayes reminded. "Easy peasy, the deal was struck."

"Then the next day, after columns like this from Ann Coulter, Trump blew up that deal, demanding $5 billion for his wall -- the one Mexico was supposed to pay for," Hayes explained.

"Now, while the Republican Party trips over itself to condemn Congressman Steve King (R-IA) for his racist comments, Donald Trump has apparently out-sourced his presidency to notoriously anti-immigrant Ann Coulter, that she bragged about in an interview last night."

Hayes played a clip of Coulter being asked why Trump is "digging in his heels" now.

"Because he's dead in the water if he doesn't build that wall," Coulter argued. "Dead, dead, dead."

The host played local television news stories on the pain that federal government workers are enduring as Trump's shutdown, now in its 26th day, continues.

Hayes was joined by Michael Moynihan, the Vice News reporter who interviewed Coulter.

"It's important to remember the initial policy that Donald Trump formulated in 2015 and 2016 on immigration was written by Stephen Miller, of course, but with the input of Ann Coulter," Moynihan noted.

"The interesting thing about this is the on 19th she publishes a column calling him a gutless president. On the 20th he unfollows her on Twitter and then doubles down," he said.

As Raw Story reported at the time, Trump unfollowed Coulter on Twitter on December 19th, hours after she published her column.

"It's the classic Trump thing, where he's like petulant about it, he unfollows her and then says I got to do what she says because I guess I am being gutless and my base needs the wall," Moynihan explained.

"There's a weird dynamic between her and him clearly," Hayes noted.

Hayes said, "she sort-of dishes out insults, pain and suffering and he asks for more."