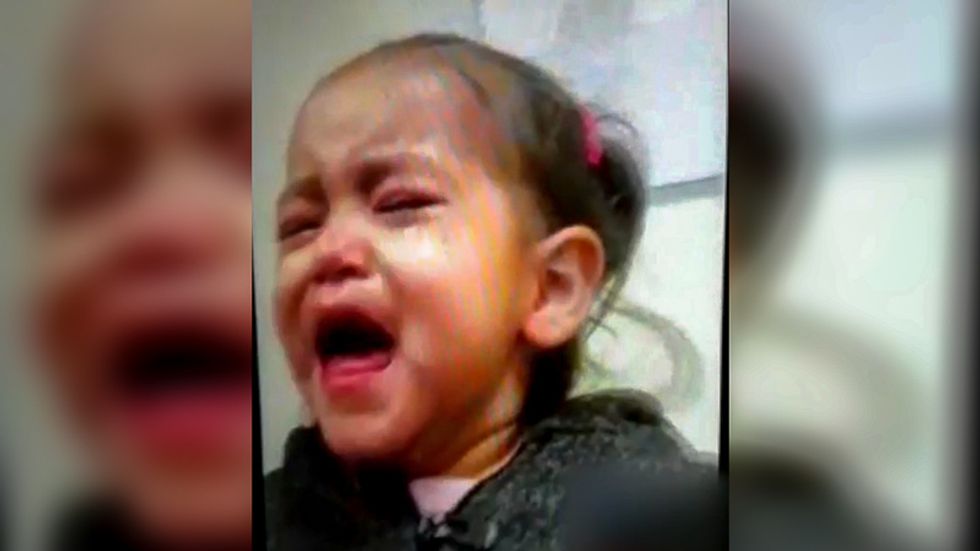 A 23-year-old Honduran woman who lost custody of her daughter while migrating to the U.S. was told by immigration authorities that she would have to pay thousands of dollars to get her child back.

The New Yorker this week shared the story of Sindy who traveled to the U.S. with her husband and three children from Tegucigalpa, Honduras after their lives were threatened by gangsters. On the way to stay with Sindy's uncle in San Francisco, she was separated from her husband and Grethshell, her toddler daughter.

When Sindy finally reached San Francisco, she began the search for Grethshell and eventually located her child in the custody of BCFS, a nonprofit organization which is contracted by the federal government to provide foster care for migrant children.

But immigration officials had refused to give Sindy permission to work while in the U.S. so she could not afford the plane tickets.

According to The New Yorker, Sindy was allowed to have weekly video chats with Grethshell, but by the second week, the daughter refused to look at her mother.

On hearing her mother’s voice, Grethshell begins to wail, and a woman picks her up to comfort her. (The woman keeps her back turned so that Sindy can’t see her face, and never speaks, but Sindy is under the impression that the woman is Grethshell’s new foster mother.) Grethshell dodges her mother’s eyes and won’t smile. Sindy wondered if the girl felt betrayed, abandoned. “How serious you look, Grethshell, my love,” Sindy says.

In a statement, the American Academy of Pediatrics has noted the psychological effects of family separations on children.

“Highly stressful experiences, like family separation, can cause irreparable harm, disrupting a child’s brain architecture and affecting his or her short- and long-term health,” the academy explained. “This type of prolonged exposure to serious stress—known as toxic stress—can carry lifelong consequences for children.”

After The New Yorker spoke to BCFS, the organization agreed to waive the fees that Sindy would have to pay to get her daughter back.

"On Tuesday evening, as this piece neared publication, Sindy was told that her daughter would soon be put on a flight to San Francisco," the magazine reported.

Watch the video below of Sindy's video call with her daughter Grethshell.