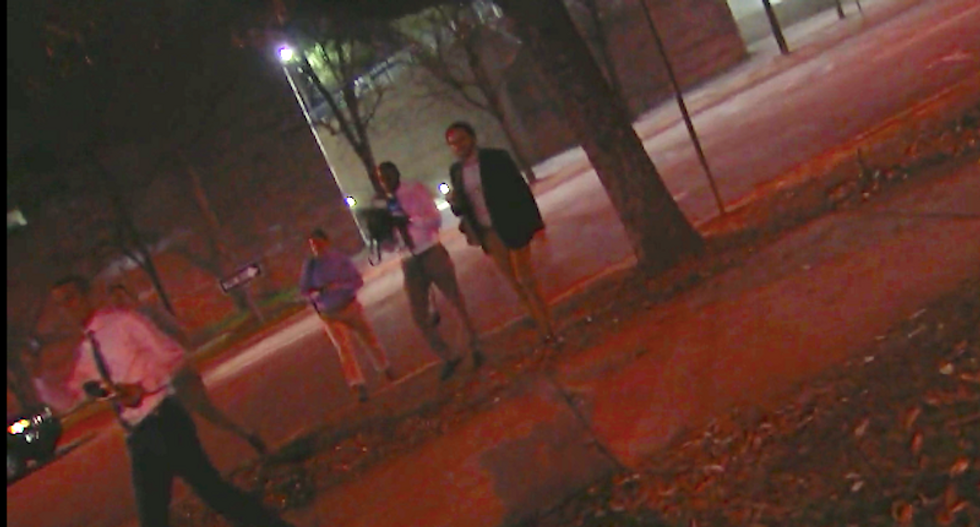 A North Carolina Republican fled from reporters asking about allegations of election fraud, and set off fire alarms in the process of running away.

An unidentified man tried to block the TV news crew from following Harris into a stairwell, and he finally allowed them to pass after they asked if he worked for the city.

Reporters shouted questions at Harris after they entered the stairwell, and the GOP candidate fled through a fire escape and sprinted across the street to the parking lot of the First Baptist Church of Charlotte, where he previously served as pastor.

Harris later tweeted to Bruno that he had run away from reporter because he wanted to get home in time to watch the college football National Championship game.

“Hey man,” Harris said. “Sorry I missed you guys tonight. I had to get to the kickoff of the #NationalChampionship game. We’ll have plenty to talk about in the days ahead. #GoTigers.”

His Democratic opponent, Dan McCready, wasn't buying Harris' explanation about his speedy retreat, or allegations of election fraud piling up against his campaign.

“Mark Harris can run from the media, but he can’t hide from the truth,” McCready said. “The people deserve answers.”