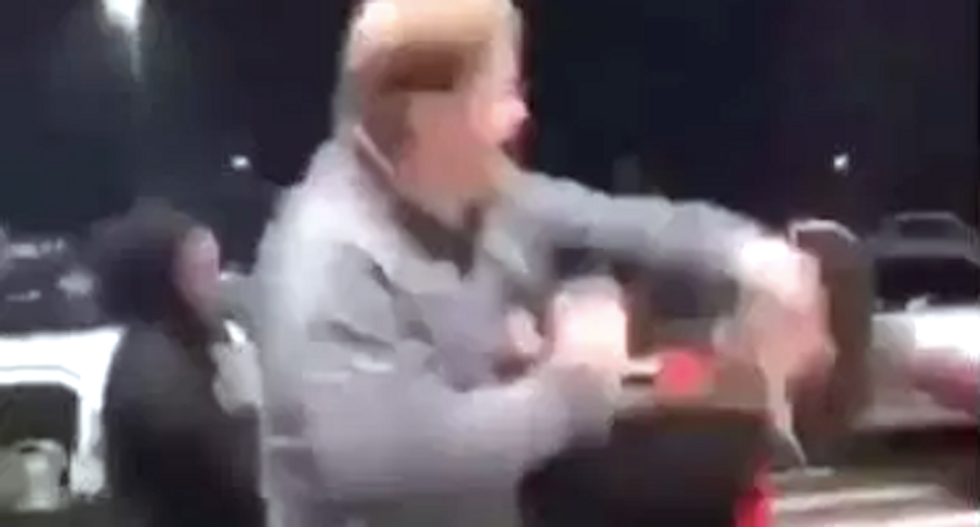 A white North Carolina man was arrested for punching a black girl in an incident captured on video.

The 51-year-old Bell, who is 6 feet 5 inches tall and 250 pounds, is shown in the video shouting at a group of girls to "break it up," and some of the girls shout back at him.

Bell walks toward the girls, who back off, but then one girl shoves the man from behind.

The girl then walks toward Bell, who shoves her backwards into a pole, and then she charges at the man -- who punches her in the face.

She falls to the ground and the other girls scatter before the video ends.

The girl declined medical treatment after the incident.