'Was it worth it?' CNN host corners Louisiana Republican after GOP takes huge approval hit after shutdown 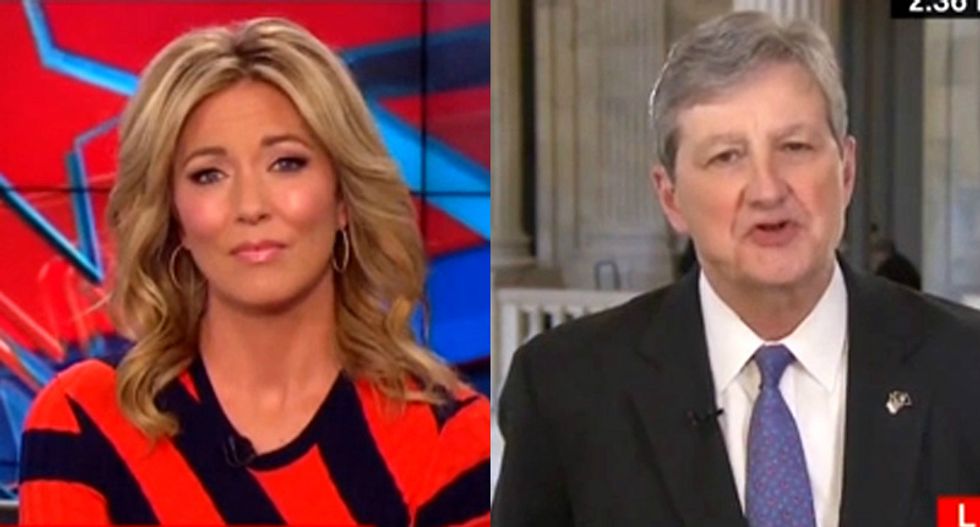 Louisiana Republican Senator John Kennedy found himself in the hot seat on Thursday as CNN's Brooke Baldwin forced him to say whether President Donald Trump's shutdown was "worth it", after the president came away with nothing and the Republican party suffered a massive hit to its approval rating.

Baldwin, noting the Republicans' predicament, had one question for Kennedy: "was it worth it?" Kennedy, for his part, took a folksy tone, and tried to skirt the issue.

"I think that's part of the problem here, Brooke," he said. "I think so many folks on Capitol Hill have been looking at this for a political lens." He then played politics, insinuating that his Democratic colleagues were weak on border security, and threw a lot of words at Baldwin in an effort to change the subject. She wasn't having it.

"Sir, sir sir, the question was, from December 22 to just a couple days ago when he finally reopened the government, it was the same speech we basically heard from the beginning and nothing really changed," she said impatiently.

Kennedy's face turned red, and his jowls began shaking as the Senator stammered and stuttered before finally shouting, "Yes! It's not over yet."

"Do I want a shutdown? No," he went on. "And before your editors write the headline that says 'Kennedy says it was all worth it', I don't support, I don't support shut downs."

According to a report from Politico's Playbook, Donald Trump may launch an attack on House Minority Leader Kevin McCarthy (R-CA) on Sunday because he doesn't feel the top GOP official in the House has done enough to rein in Rep. Liz Cheney (RT-WY).