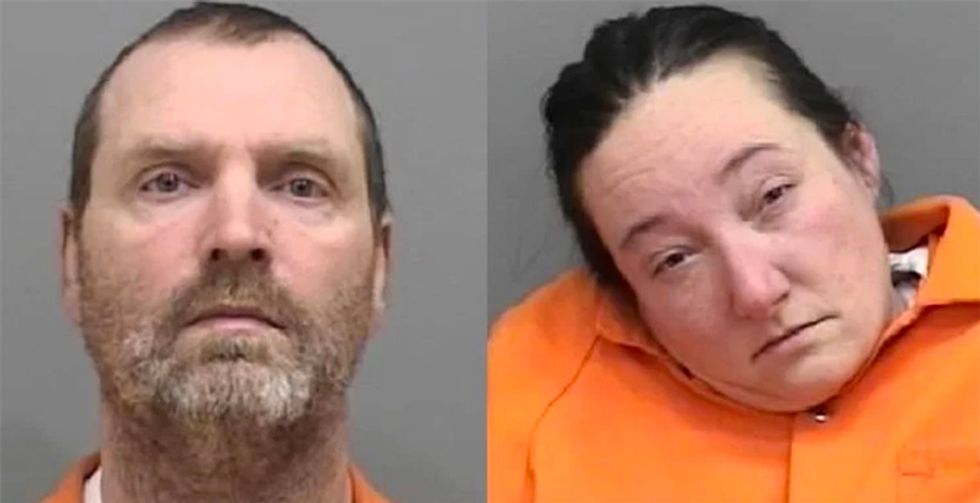 According to a report from Fox 11 News, a 7-year-old boy died following punishment meted out by one his guardians for failing to remember 13 Bible verses.

The report states that Timothy Hauschultz, 48 of Manitowoc, Wisconsin, has been charged with felony murder and five other charges in the death of Ethan Hauschultz, who was reportedly buried in snow before he died.

According to the report, Ethan was forced to lug a 44-pound wooden log for two hours in the snow outside his home by Damian Hauschultz, 15.

The younger Hauschultz has been charged with first-degree reckless homicide and six other charges, and Tina McKeever-Hauschultz, 35, is charged with failing to prevent bodily harm and intentionally contributing to the delinquency of a child.

According to the police report, Timothy and Tina Hauschultz were the court-appointed guardians for Ethan Hauschultz and two of his siblings.

Fox 11 reports Timothy Hauschultz ordered Ethan Hauschultz to be punished for "not knowing 13 Bible verses to Timothy’s satisfaction. The punishment was one week of carrying wood for two hours per day. Timothy picked out the logs, but Damian had to supervise the punishment for the younger children."

"As Ethan struggled to carry the log, Damian allegedly hit, kick, struck and poked Ethan about 100 times – sometimes using a belt or a stick. Damian rolled the heavy log across Ethan’s chest, stood on him while Ethan was face down in a puddle, and then burying him in a snowbank for more than 20 minutes without a coat or boots on," the report continues.

While Damian did the burying, he was reportedly instructed to do so by Timothy.

All three are expected to appear in court on Monday.