‘Absolute joke’: MSNBC’s Morning Joe shreds Trump for ‘staring at TV sets like an old man in a retirement home’ 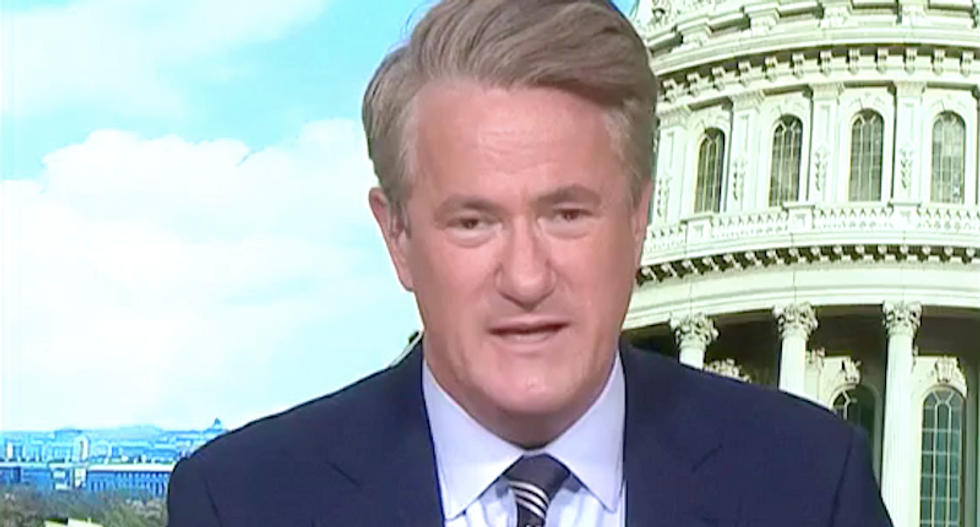 MSNBC's Joe Scarborough ridiculed President Donald Trump for spending most of his time watching TV and griping like a retiree.

Another set of presidential schedules leaked over the weekend, showing Trump spent half his time in unstructured "executive time," watching news coverage and gossiping with friends.

"What a joke, what an absolute joke," Scarborough said. "We've seen one person after another working for Trump saying he often just hunkers down upstairs in the personal quarters, he spends the majority of his time watching cable news, tweeting, yelling, staring at TV sets like an old man that is in a retirement home instead of a president of the United States who is supposed to be working 24 hours a day."

The president insisted in a tweet after the schedules leaked that he probably worked more than any previous president, and the "Morning Joe" host mocked his claim as ridiculous.

"I'm sure most older men in retirement homes live far more active lives than does Donald Trump," he added. "But for these people to come out and suggest and for Donald Trump to suggest he's worked harder than most any president before him is just an absolute joke."

Scarborough pointed out that Trump promised that he would rarely take time off from working, but instead spent half of his time watching TV and golfing nearly every weekend.

Less than five minutes later, the president tweeted out an apparent response to Scarborough -- whom he insists he never watches.