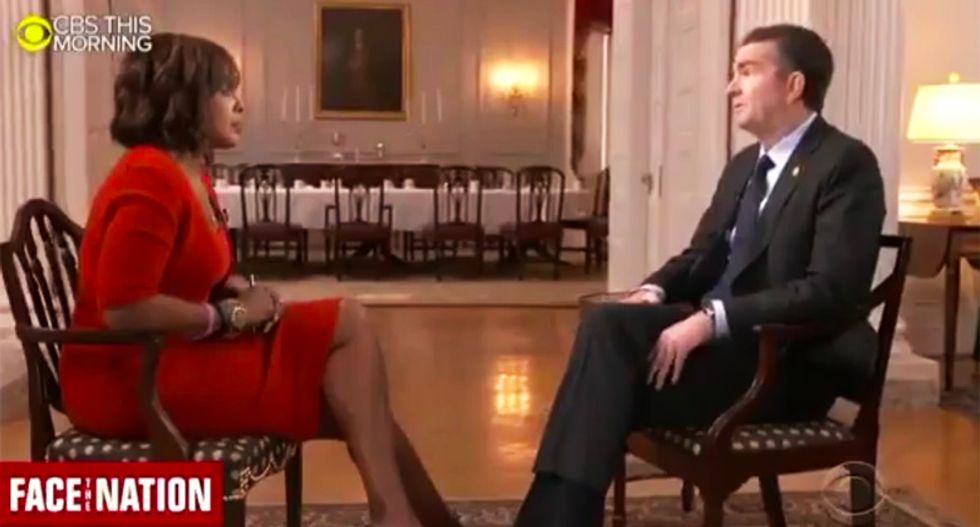 In an attempt to rehabilitate his image in light of his blackface scandal, Virginia Gov. Ralph Northam (D-VA) sat down with Gayle King of CBS to discuss race only to step in it again by calling slaves brought to colonial America "indentured servants."

"I know this has been a very difficult week for you in the state of Virginia. So where would you like to begin?" King offered,

"Well it has been a difficult week," he conceded. "And you know if you look at Virginia's history we are now at the 400 year anniversary, just 90 miles from here in 1619. The first indentured servants from Africa landed on our shores in Old Point Comfort what we call now Fort Monroe and while--"

"Also known as slavery," the CBS host quickly corrected him.

"Yes," he agreed. "And while we have made a lot of progress in Virginia, slavery has ended. Schools have been desegregated. We have ended the Jim Crow laws, easier access to voting. It is abundantly clear that we still have a lot of work to do and I really think this week raised a level of awareness in the Commonwealth and in this country that we haven't seen certainly in my lifetime."