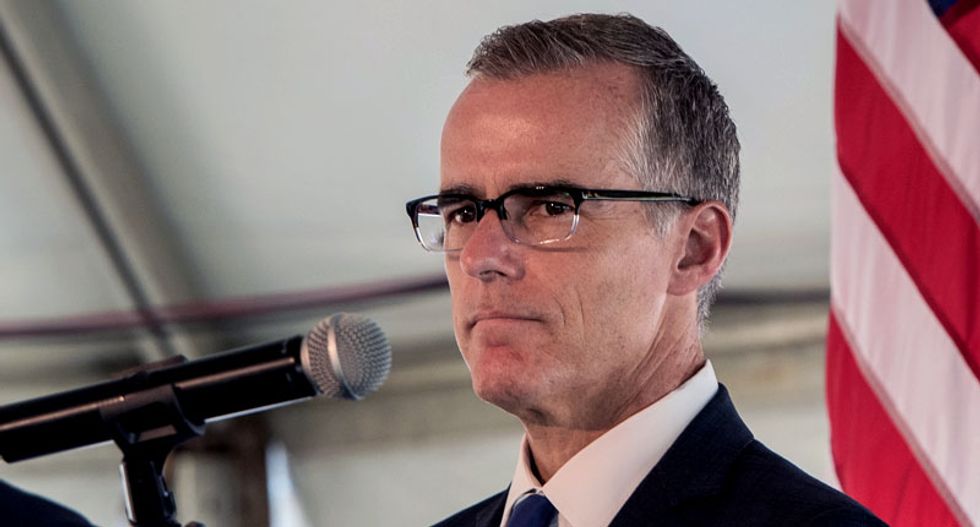 Former acting director of the FBI Andrew McCabe feared he would be ordered to stop investigating President Donald Trump's ties to Russia after the firing of James Comey.

McCabe has written a book about his experience, The Threat, which will be published next week, that describes his interaction with the president after Trump fired the former FBI director, according to excerpts published by The Atlantic.

"After Comey’s firing, the core of my concern had to do with what might happen to the Russia case if I were to be removed," McCabe wrote. "Was the work on solid ground? Were there individuals on whom we should consider opening new cases? I wanted to protect the Russia investigation in such a way that whoever came after me could not just make it go away."

McCabe said he immediately convened a series of meetings about the Russia probe, but the first one was interrupted by a bizarre phone call from the president, who insisted on coming to the FBI offices to speak with investigators.

"The president launched back into his speech about what a great decision it was to fire Jim Comey," McCabe wrote, "how wonderful it was that the director was gone, because so many people did not like Comey, even hated him — the president actually used the word hate."

McCabe said the president eventually changed the subject to his proposed meeting at FBI headquarters, where he expected to find strong support, to show how much he loved the investigative agency.

"He pressed me to answer whether I thought it was a good idea," McCabe said. "I said it was always a good idea to visit. I was trying to take some of the immediacy out of his proposal — to communicate that the door was always open, so that he wouldn’t feel he had to crash through it right away. I knew what a disaster it could turn out to be if he came to the Hoover Building in the near future. He pressed further, asking specifically, Do you think it would be a good idea for me to come down now? I said, Sure."

The president asked McGahn whether he thought the meeting would be a good idea, and the White House counsel acquiesced and said the visit sounded good, and McCabe reluctantly agreed.

"In this moment, I felt the way I’d felt in 1998," he said, "in a case involving the Russian Mafia, when I sent a man I’ll call Big Felix in to meet with a Mafia boss named Dimitri Gufield. The same kind of thing was happening here, in the Oval Office."