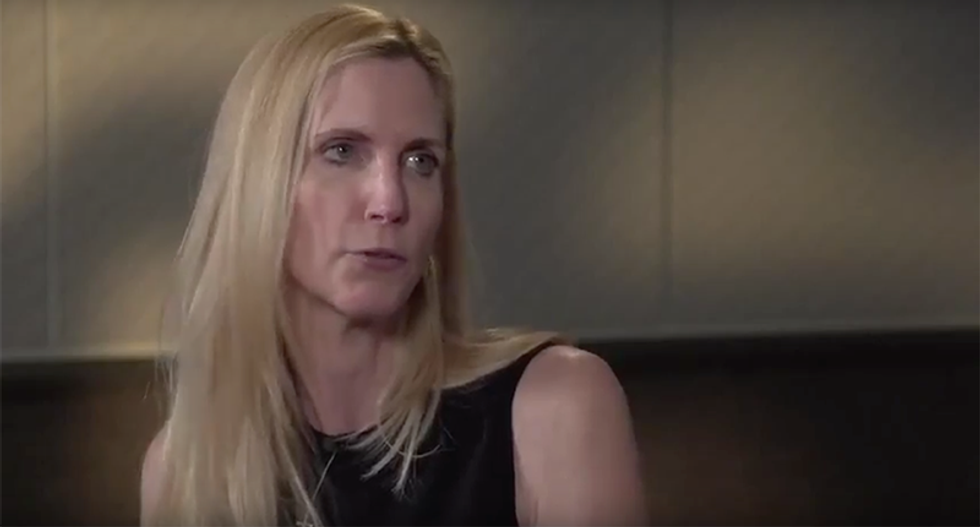 The panel on Joy Reid's Saturday morning MSNBC show didn't have a lot of sympathy for conservative gadfly Ann Coulter who has turned on Donald Trump for not building an even bigger border wall than he proposed to keep immigrants out of the country.

This week, the author of "In Trump, We Trust" had a major meltdown (calling Trump an "idiot") when the president agreed to sign a budget bill that didn't get him the money he demanded -- and she didn't relent even after he declared a national emergency at the southern border.

AM Joy guest Rick Wilson got in the main jabs.

"They [conservative pundits] put him in a box he can't escape from," he continued. "Ann Coulter and her ilk, they wanted an actual physical wall -- 50 feet of concrete with lasers and robot alligators and are never going to get it and, the thought that Trump would somehow have this sort of trick that he would cause Congress to bend to his will -- it never was going to happen."

"He's gotten himself in a box where on his extreme right where you have the Coulters, Hannity, Limbaugh, who have fed and percolated this belief in his audience that he's the greatest negotiator ever," Wilson added. "And on the other hand, you have their strong feeling that we've got to stop any brown person from coming up north of the Rio Grande."